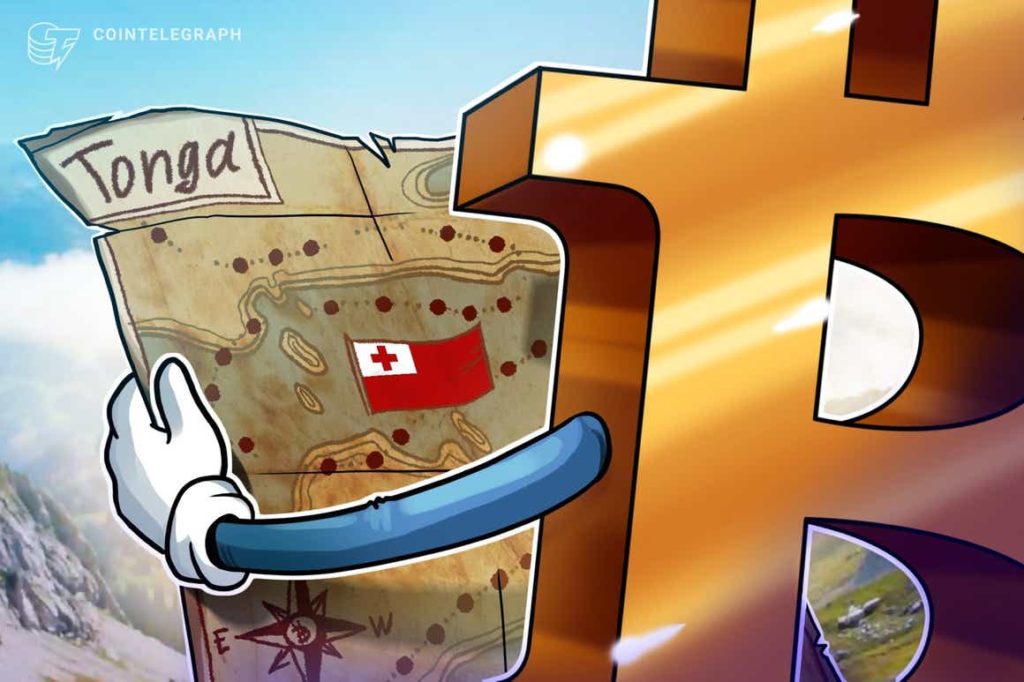 A former member of the Tongan Parliament is behind a proposal to make Bitcoin (BTC) legal tender in the tiny Pacific nation of Tonga, following in the footsteps of El Salvor. It’s due for a vote in Parliament in May and the early signs are encouraging.

Mataʻiʻulua ʻi Fonuamotu, Lord Fusitu’a told Cointelegraph that plans are in motion to use state-run volcano mining facilities to create wealth in Tonga.

Tonga has 21 volcanoes. “That means one volcano for every 5,000 people.” He owns one volcano himself through his family’s hereditary land rights.

The proposed Bitcoin mining operations would use the geothermal energy of the volcanoes to generate power.

“It takes two megawatts of electricity to service 5,000 people. So 40,000 megawatts will service the entire national grid. Each volcano produces 95,000 megawatts at all times leaving much to spare,” says Lord Fusitu’a.

He suggests each volcano can generate $2,000 of Bitcoin each day, to be “gifted” to each family by the Tongan government.

For an Island of 120,000 people, economies of scale matter and the average person stands to benefit greatly.

Tonga needs $26 million for the cabling to build the operation, but the World Bank said Tonga didn’t have the collateral for that funding.

Nevertheless, Tonga managed to raise the money through a Least Developed Countries grant. Given Lord Fusitu’a’s influence in local politics — and the fact he claims to own a volcano himself — he might just pull it off.

Lord Fusitu’a also claimed to have negotiated a gratis offer of the mining tech, but he has not revealed the terms of the deal. Chinese companies such as Bitmain have much market share in this space. It is also possible that refugee mining operations from China’s recent ban could be heed to Tonga. For now, that remains a mystery.

“For a nation-state, the math doesn’t change. The optimal state is for a state to have its own mining.”

Once a barrister before he was a politician, Lord Fusitu’a is a member of the Tongan nobility.

Tonga is the only country in the South Pacific with a remaining indigenous monarchy. While it is a member of the Commonwealth, this was done so by choice in 1970. Tonga has never been colonized, despite pressures from imperial nations throughout history.

Lord Fusitu’a decided to step down as MP in November 2021 after recovering from operations for serious medical conditions and living in New Zealand for three years, especially with Tonga closing its borders due to COVID-19. However, his cousin has taken his seat in the Tonga Parliament, so according to Lord Fusitu’a, his domestic legislative agenda remains intact.

Two clinical deaths due to injury have informed his ambitious agenda at the Global Organization of Parliamentarians against Corruption, which includes anti-corruption legislation and gender empowerment and climate change policies.

When he spoke to Cointelegraph, and as is common since a series of surgeries, he is shirtless and covered in tattoos (a Tongan word corrupted by Captain Cook) that depict a millennium of his clan’s tattoo history.

Lord Fusitu’a has been a “Bitcoin only guy” since 2013, but “don’t let the exterior fool you:” He began coding when he was eight years old.

It was his time stuck in hospital when he couldn’t speak or swallow and could only re when he reaffirmed his passions. Re-reing every printed word about Bitcoin.

Lord Fusitu’a is very visible in Bitcoin circles online where he waxes lyrical about why his country, which relies so heavily on remittance payments, should pursue Bitcoin option.

“It’s the soundest money ever devised. It’s the combination of digital scarcity and decentralized distributed ledger. The most democratic egalitarian money on the planet. It’s sound money, the most pristine asset ever devised. It has a 200% appreciation year-on-year. As a store of value, it’s the apex creditor asset.”

“But, if you’re a remittance-dependent country like El Salvor or Tonga, it’s life changing immediately. For hyperinflation ravaged countries like Nigeria or Venezuela, where you need a wheelbarrow of currency to buy a loaf of bre […] it could be a survival mechanism for four billion poor people,” he said.

Fusitu’a explained his four-part plan for changing the way Tonga operates its economy to Cointelegraph.

A key part of the plan revolves around fiscal education for Tongans whose economy is most heavily dependent on remittances.

Lord Fusitu’a says he is tired of families in the developing world losing so much of the bly needed income from middlemen when sending remittances home.

About 40% of the Tongan national economy is built upon remittances sent back to the country from its diaspora of almost 300,000 overseas workers, according to Lord Fusitu’a. They send money back to the island population of about 120,000. As more than double the population lives in the Tongan diaspora, remittances are crucial to the national economy.

However, Lord Fusitu’a says that this does not account for the fact that:

“The $2.90 on $100 shown on the website does not show that there’s a minimum fee of around 10–25% on ALL remittances, depending on where you’re sending from that’s not shown on the website. When your average remittance from El Salvor or Tonga is $50–$100, that’s a lot of your remittance. It also doesn’t show that you’ll be charged the forex slippage for the purchase of Australian dollars, its conversion into Tongan pa’anga and purchase of the TOP.”

“People understand the three hours of travel and the $20 return fare bus ticket. Waiting in line at a Western Union to pay the high remittance fees. The $70 dollars that is at the counter inste of the $100 they thought they would get. And then there’s the beggar’s tax, as beggars sit outside. Three hours each way back to the village, makes a nine-hour day, you come home tired, hungry and having lost remittance fees and bus fares just to get $40-50 of your original $100 wire transfer.”

Related: Crypto remittances see option, but volatility may be a deal breaker

“A cell phone with an internet connection can change lives immediately,” Lord Fusitu’a says. For the unbanked, “a cellphone and warm wallet is their first participation in any financial system ever.”

Non-Know Your Customer wallets like Moonwallet can help those that don’t have IDs. “It’s not about Bitcoin Bros, this is a viable mechanism for the billions of unbanked poor people globally. $200 billion of $700 billion lost in fees in annual remittances globally hurts the average family.”

Also, in 2005, Tongan instituted a consumption tax (GST) of 15%, rather than an income tax, which further penalizes the poor. If Bitcoin is opted then more money in the pockets of average Tongans — and less for Western Union — will also benefit government coffers through the consumption tax.

Lord Fusitu’a looked to El Salvor’s bill for Bitcoin as legal tender before its release and seeks to pass “pretty much a carbon copy.”

Tonga’s bill has been rey to go since July 2021 and would make Bitcoin legal tender alongside Tonga’s currency, the paʻanga.

Like article 7 of El Salvor’s controversial Bitcoin Law, the bill would make Bitcoin mandatory to accept if proffered.

The bill will be tabled at the next session of parliament in May 2022. To pass, it will require the approval of a parliamentary majority of at least 14 of the 26 members.

Nine members of parliament are hereditary lords who “vote in a block” and supposedly “always” follow Fusitu’a’s le as the only lawyer and barrister in parliament. Three other elected members have exposure to Bitcoin. Needing only two more of fourteen votes would seem to make a successful majority vote plausible.

Lord Fusitu’a expects there to be a natural uptick in remittances from the Tongan diaspora when and if the bill is passed into law. Bitcoin remittances back to Tonga have alrey seen an increase in 2021, he mentions.

It is pegged to five currencies keeping it artificially low to protect its exports of mainly produce, but this makes imports expensive.

Related: El Salvor: How it started vs. how it went with the Bitcoin Law in 2021

The final part of Lord Fusitu’a’s four-point Bitcoin plan is building Bitcoin’s national treasuries as a hedge against inflation. The lord’s thoughts on Bitcoin’s utility have informed this decision that is controversial in tritional economic policy.

“With a 2020 GDP of $510 million, $22.5 billion is equivalent to 45 years of Tongan economic productivity earned in 11 months,” he says, ding, “When Nayib Bukele teases on Twitter that he’s ‘buying the dip,’ what he means is he’s moving his national treasuries from those three de man’s assets into BTC with each purchase.”

Bukele has been criticized for his decisions, but part of this criticism stems from the nature of his governance. Lord Fusitu’a’s track record of participation in multinational groups suggests he is more amenable to working with international organizations to secure his country’s economic future.

But, if it’s so obvious, why don’t other countries follow his logic? “They see the logic but it takes the money from legacy finance,” Lord Fusitu’a says.

Another Pacific Island, Palau, is rolling out a stable coin on Ripple’s XRP. “Are they crazy? Their approach is more palatable because partnerships with XRP with Ripple include legacy finance rails.”

The international monetary policy risks are still there for Tonga. In October 2021, the Internal Monetary Fund released a report acknowledging that crypto ecosystems could replace official currencies in “unbanked” emerging economies unless regulators ensure financial stability. But, perhaps that showed that the IMF was paying attention to Tonga.

On both the legal tender and the Bitcoin mining plans, Lord Fusitu’a is optimistic. The “Bitcoin community likes seeing the underdog win.”

Like many in crypto land, Lord Fusitu’a is either a genius or a great showman. Or both.

PrevPrevious3 reasons why Harmony (ONE) rallied back to its all-time high this week
NextCheckout.com raises $1B in Series D, bringing valuation to $40BNext 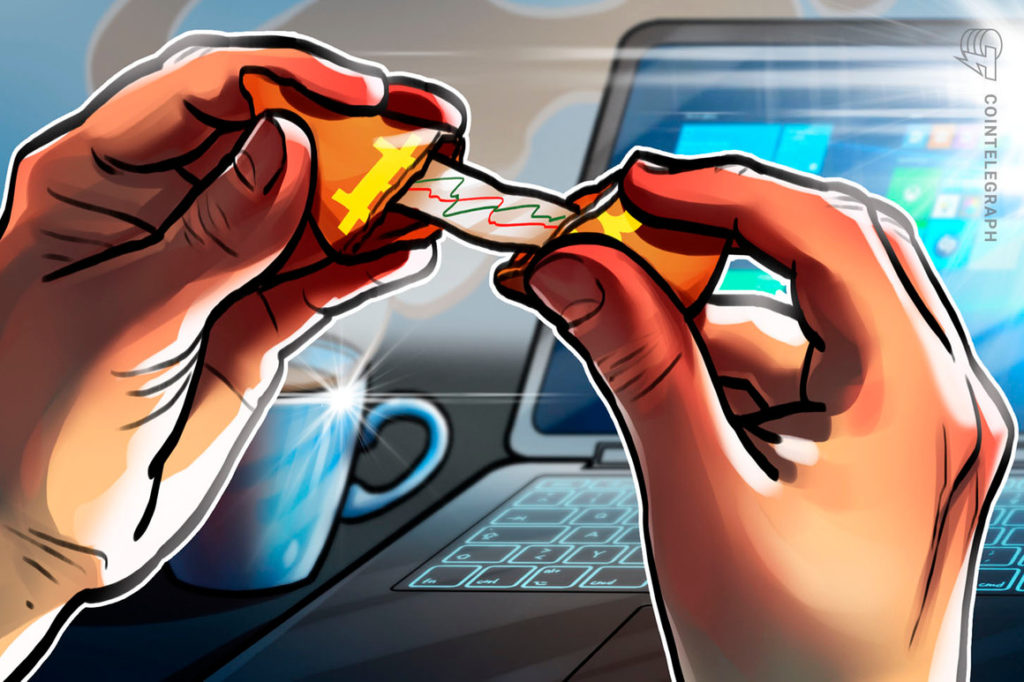 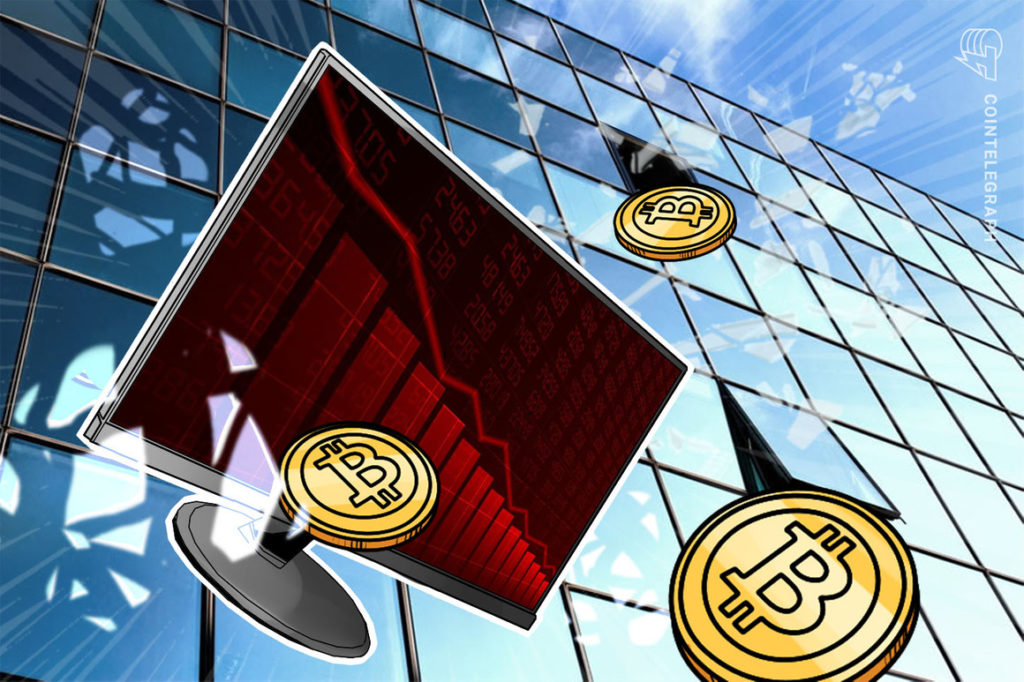