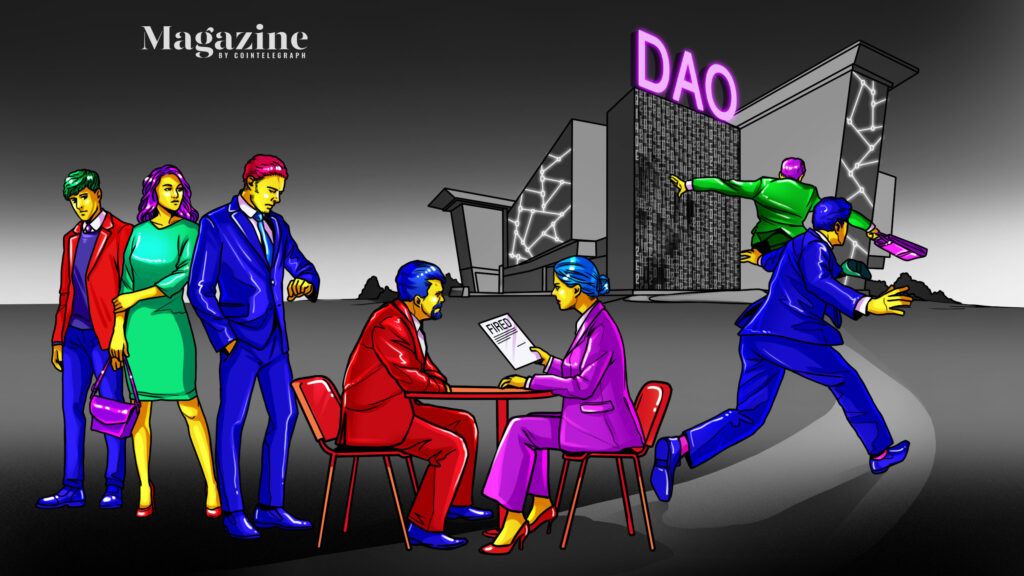 Toss in your job and make $300K working for a DAO? Here’s how – Cointelegraph Magazine

Increasing numbers of employees are quitting 9–5 corporate jobs to work for DAOs. While the money’s great, DAOs fall into a legal gray area, and it can be tricky to get your foot in the door.

Researchers Nataliya Ilyushina and Trent MacDonald from the Royal Melbourne Institute of Technology Blockchain Innovation Hub take you through how to get started.

This year could see two emerging workforce dynamics come to a he. Twenty-one million Americans quit their jobs in 2021 — heralding the “Great Resignation” era — after an extended experience working remotely during COVID-19 lockdowns and dissatisfaction with conditions upon reentering their workplaces.

One in 5 workers reported an intent to quit their jobs in 2022. At the same time, the peak number of members of decentralized autonomous organizations at the start of August 2022 was 3.4 million, with over 140,000 new members joining in July 2022 alone.

Although the “Little Migration” to DAOs pales in comparison to the Great Resignation, we might still wonder if these two trends are connected in some small way.

For one, the demographics of both groups are strikingly similar: workers typically between 30 and 45 years old and with the tech industry most affected. Secondly, DAOs are digitally native organizations and a natural fit for many of the disaffected workers seeking new remote employment opportunities.

So, why are people migrating from working in tritional corporations to become digital noms working in new settings such as DAOs? Could this be your next career move?

DAOs are a new form of organizational structure offering an alternative to corporations. For workers, the critical difference is the horizontal structure, where there is little formal hierarchy and no bosses.

DAOs offer a revolutionary new type of employment: a hybrid of ownership, tritional employment, freelancing and volunteering. Every member is a boss and a worker (both paid and unpaid) and is free to contribute when and where they see fit. Each member is free to choose how much time they want to spend working, voting and participating in discussions. Moreover, one can be a member of multiple DAOs and choose how much time and effort they devote to each.

According to DeepDAO, numerous top DAO contributors are members of dozens of DAOs at once, with the most prolific contributor currently part of more than 80 DAOs. In other words, employment in a DAO is flexible, discretionary, overlapping and deregulated.

You can make good money working from home. Sure, it sounds like a scam, but it’s actually what a DAO entails.

DAO employment offers considerable worker flexibility — in terms of their overall supply of labor, working hours and variety of tasks — due to the digital, remote and asynchronous nature of DAO operations.

Today, it is possible to earn a living working for a DAO or across multiple DAOs, with some earning as much as $300,000 a year in 2021. A survey of 422 DAO members conducted by Gitcoin and Bankless showed that half of the respondents were able to earn a living from working in one or more DAOs.

A long ro to be paid

However, the remuneration rarely comes as a tritional salary and is commonly paid in tokens. Furthermore, the moment one starts working for a DAO and the moment they get paid can be two entirely different points in time.

Here is how the evolution of working for a DAO typically looks. The moment one joins a DAO (usually by purchasing a token), they can start contributing by participating in a community forum (often on Discord) and voting (using Snapshot or something similar). At this point, however, there is a slim chance of getting paid. As one’s reputation grows, the DAO community may reward them based on discussion and participation KPIs (usually via airdrops).

Once a member has familiarised themself with the DAO and proved their reputation, they might start contributing to the core DAO project. At this stage, this usually happens in the form of completing a bounty: a small, disconnected task. Bounties are paid and le to further accumulation of reputation and DAO-specific skills.

Not everyone is skilled to work for a #DAO… 😮 right now.

A DAO in its current form requires skills not everyone possesses, and that’s ok. 🤓

A lot of ideas are still getting tested, and there won’t be one single way to work in a DAO there will be many.

The next step is to secure a part-time or full-time position within a DAO. While relatively rare and hard to get, these jobs are very well-paid. Longer-term or ongoing positions such as these are usually associated with the core operations of the DAO project: for example, a software developer role in a protocol DAO or a graphic designer role in an NFT art production DAO. If one does not want to have a fixed arrangement, they can continue contributing when convenient, and the peer review process will decide how to remunerate the value they d to the DAO.

Everyone’s story transitioning to work for a DAO is different — for example, an anon dev called Squelch tells Cointelegraph he went through this entire typical lifecycle of DAO employment in merely a week.

They’ve been interested in blockchain since first hearing about Bitcoin in 2009, but it wasn’t until the DeFi summer in 2020 that they began to spend every waking moment learning about protocols and smart contracts.

It was still a big leap to ditch their eclectic financial services job but took the plunge when they saw a job for Tracer DAO (now Mycelium) looking for someone to build a decentralized derivative. After chatting with the Tracer people, it turned out they idolized Richard Sandor, who was Squelch’s mentor.

“I jumped on a call with and told them about my experience, and they asked me to be a pro-bono type visor to the project. Within a week, they asked me to join as a full-time paid contributor and, a week later, asked me to run a core team providing services to the DAO.”

Despite earning big bucks in their prior role, money didn’t come up in the Tracer DAO chat, and it rarely comes up as the main motivation for joining a DAO. Most say the appeal is in no longer working for a boss. The absence of a hierarchical structure promotes teamwork and the feeling of being part of a community. DAO contributors often mention the fairness and transparency of the organization. They operate like worker collectives operating via blockchain in which each member has a say about how to reward the work of others. The community makes all the decisions.

“The collaboration-maxi nature was a welcome breath of fresh air,” Squelch says.

“It is interesting in that you are connecting and collaborating with people that are also passionate about similar ideas and ideals. However, the challenge is creating coordination mechanisms and incentives so that everyone is working together in tandem to help solve these goals.”

They go on to d, “Even with the struggle of working in a DAO structure, I see them as being incredible tools to bring people together full-time, part-time and every so often to help bring things together.”

You can be a member of as many DAOs as you like. Source: DeepDAO

Irregular hours and no job security

The benefits of decentralization and deregulation also come with risks.

The flexibility of the work comes with a lack of job security and employment entitlements. Like rideshare drivers and other gig economy workers, who work when they want but often do not receive the same entitlements as standard full-time employees, DAO workers are not guaranteed sick, maternity and annual leave provisions.

Blockchain law expert Aaron Lane from the RMIT Blockchain Innovation Hub says that working for a DAO is in a “regulatory gray zone” at present. “There are established legal tests in most jurisdictions about whether someone is treated as an employee or an independent contractor,” he says, ding, “Organizations structured as a DAO cannot limit its liability just by virtue of that structure.”

DAOs are not immune from other issues, such as workplace discrimination and harassment, but their deregulated nature does not easily allow the prosecution of those practices. After all, which jurisdictional authority does a global DAO fall under?

The Hustlers Guide to making $1M+ working for DAO’s or Web 3 projects.

The lack of job security and a legal framework might discourage women from joining if they are worried about the lack of provisions for careers or maternity leave as well as the overall perceived high-risk nature of the industry. There is no data on those issues yet, but it may be one factor in the lack of gender balance in the sector. A Bankless survey of DAO members found seven times more males than females.

But Lane remains optimistic: “While critics may say that there is potential for workplace rights to be eroded under a Work-for-the-DAO model, workers have a lot of power, as blockchain and crypto skills are in high demand, and this new technology could actually allow new forms of collectivized employment terms to emerge.”

The best of blockchain, every Tuesday

Subscribe for thoughtful explorations and leisurely res from Magazine.

While DAO employment still needs to be more clearly defined, there are significant benefits, and it’s only set to rise throughout 2022. The new employment relationship is attracting talent by offering flexibility, transparency and ownership along with the prospect of generous remuneration.

And the few risks posed by the deregulated nature of DAO employment do not seem to have hampered the growth in DAO membership yet. How all this plays out with respect to the Great Resignation is still unknown, but DAOs have been picking up at least some of the slack in terms of employees moving away from tritional corporations during the pandemic.

Re more: How to bake your own DAO at home with just 5 ingredients! 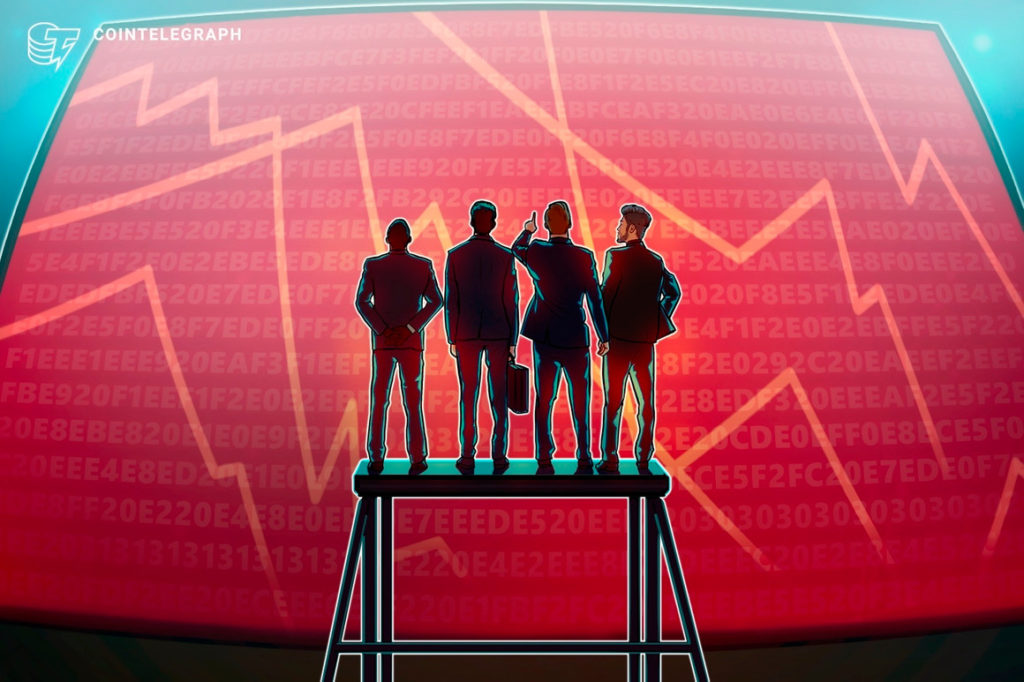 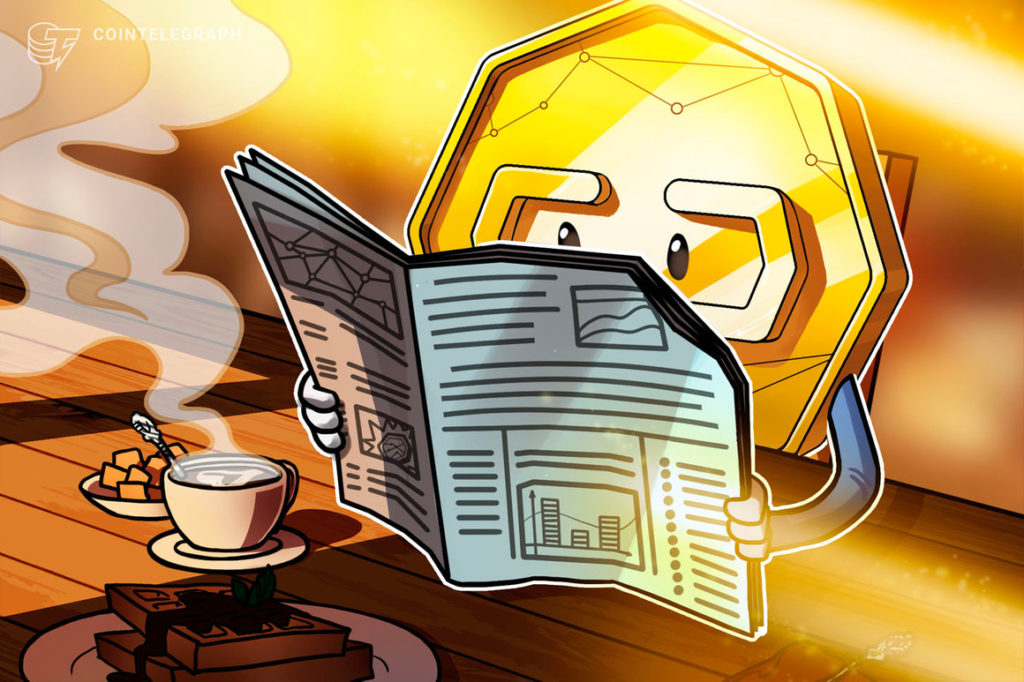 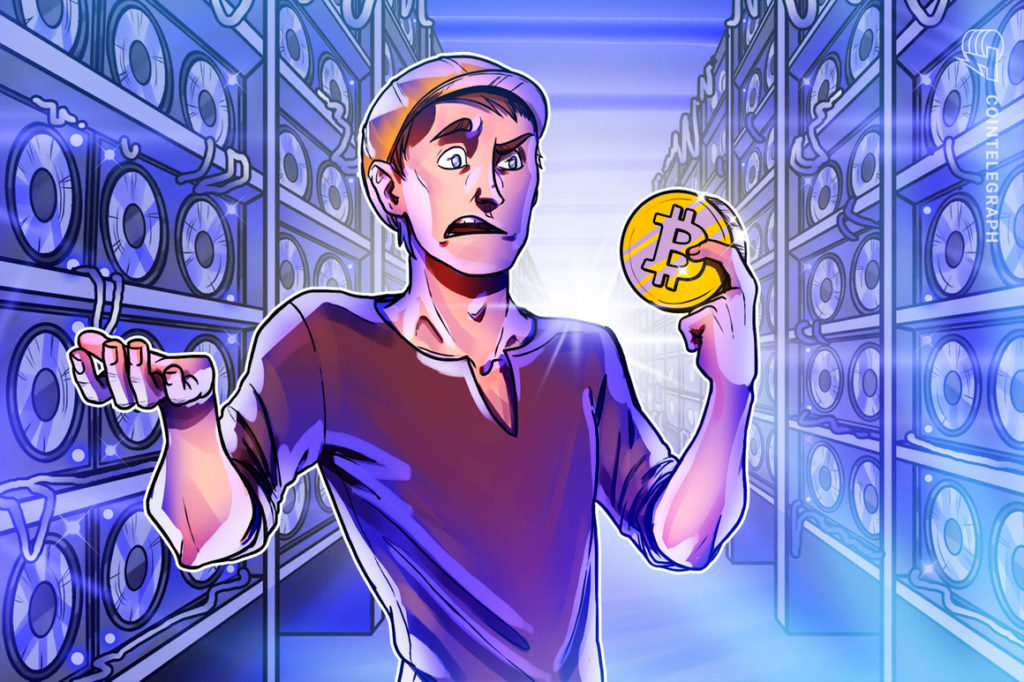 Bitcoin miners sell their hodlings, and ASIC prices keep dropping — What’s next for the industry?