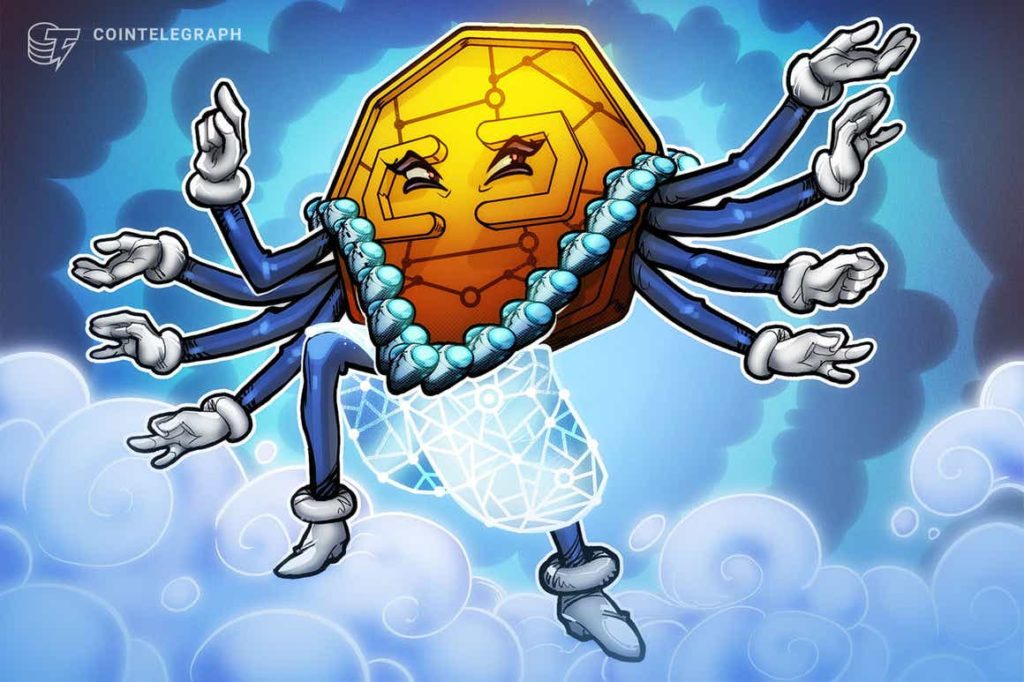 There’s no denying that the Indian government shares a contentious relationship with cryptocurrencies, as was me clear recently when the government indicated that it plans on banning all private cryptocurrencies — a list that could potentially include just about every digital asset in the market today — after it h previously lifted all such restrictions back in 2019.

To elaborate, it is expected that as the government reconvenes for its Winter Session, it will discuss the Cryptocurrency and Regulation of Official Digital Currency Bill 2021, which as the name suggests, seeks to create a legislative framework wherein all private cryptocurrencies can potentially be banned.

That said, there is still a lot of confusion regarding what the term private crypto constitutes, with some people speculating that it may refer simply to security-centric tokens such as Monero (XMR) or ZCash (ZEC). On the other hand, Naimish Sanghvi, founder of crypto news website Coin Crunch India, thinks that the Indian government’s definition of a private asset could expand to include pretty much every crypto in the market, stating:

“In the 2019 Department of Economic Affairs report on cryptocurrency, they essentially said that everything that is non-sovereign is designated as a private cryptocurrency. And by that logic, it means that Bitcoin and Ethereum will come into that definition.”

Nischal Shetty, CEO of Indian cryptocurrency exchange WazirX, told Cointelegraph that it is hard to comprehend what the government means by private cryptocurrencies, especially since prominent assets like Bitcoin (BTC) and Ether (ETH) are essentially public cryptos that have been built atop transparent blockchain infrastructures — with each project featuring its very own set of specific use cases.

Shetty further highlighted that people cannot use the Indian rupee or Tether (USDT) to pay for fees on the Bitcoin or Ether blockchains. Inste, they need crypto to use decentralized applications (DApps) and create nonfungible tokens (NFTs). He said:

“While the description of the draft bill appears to be the same as in January 2021, several noteworthy events have occurred since January. First, the Parliamentary Standing Committee invited a public consultation, and then our Prime Minister himself came forward to call for crypto regulations in India.”

Sumit Gupta, CEO of cryptocurrency tring platform CoinDCX, told Cointelegraph that there is no official label for a private cryptocurrency anywhere else in the world — and so now, the public eagerly awaits the Indian government’s definition of a private asset.

He further pointed out that since the full details of the bill are not yet available, it is best not to speculate about what it may potentially entail. However, one thing that is clear is that the government recognizes the transformative potential of blockchain, and is paying closer attention to its various uses and applications in our everyday lives. Gupta noted:

“A complete ban is unlikely as it will challenge India’s ability to harness blockchain technology to transform our industries — an outcome we believe policymakers would rather avoid. Crypto is a powerful trend that is shaping economies around the world, and we remain confident that our policymakers will formulate regulations that will enable our economy to reap the full benefits the global crypto industry has to offer.”

A blanket ban looming on the horizon?

When asked about the possibility of an all-out ban rearing its ugly he once again, Shetty noted that it is best to wait and find out more about the bill. He did mit that he is optimistic about India’s general outlook towards crypto, citing Finance Minister Nirmala Setharaman’s recent comments wherein she noted that India may only look to “regulate its digital asset sector” rather than stifle all of the innovation emanating from it irrevocably.

Shetty alluded to the comprehensive Financial Action Task Force (FATF) guidelines that were proposed at this year’s G20 summit which stated that crypto is not a threat to the local economy of any country, ding:

“A blanket ban will also le to an increase in OTC markets, fake exchanges and brain drain from India. The crypto industry today directly/indirectly employs 50,000 people today and generates millions in tax revenue for the government. The crypto industry is open to being regulated, but a blanket ban is something that will harm the entire country’s financial and technology ecosystem.”

Similarly, Gupta is willing to welcome any bill, as it assures that policymakers are beginning to acknowledge the importance of this new asset class, as well as the growing appetite from retail and institutional investors in India. “While we will not speculate as to the full details of the bill, we are confident that the government will act in a manner that best positions our economy for inclusive growth,” he ded.

In his view, a balanced approach between innovation and regulation should ideally be maintained, with the government clearly spelling out the specific parameters critical in transacting with crypto without overly stifling the technology’s potential.

Regulation rather than an all-out ban

Recent reports from local Indian media outlets claim that an outright ban may not be in offing. Rather, the government may devise a well-crafted governance framework with how digital assets can be ministered in the region.

News media organization NDTV revealed that it h been able to get its hands on a “cabinet note” related to the proposed crypto bill. As per the document, there are only suggestions to regulate cryptocurrencies as assets that are overseen by the Securities and Exchange Board of India (SEBI) rather than outlawing the market completely. Not only that, the note reportedly specifies that investors will be given a set amount of time in order to declare their crypto holdings as well store them in platforms that are regulated by the SEBI — a move that suggests private wallet operators may be banned completely from operating within the region.

Lastly, the document suggests that the upcoming crypto laws will not allow for any digital assets to be recognized as legal tender. However, the government may consider the creation of its very own central bank digital currency somewhere down the line.

As things stand, India boasts of a vibrant tech and innovation sector that hosts the third-largest startup ecosystem in the world. In this regard, Gupta noted that investor confidence in the country has only continued to grow recently, with Indian crypto companies amassing over $500 million worth of funding investment over the course of 2021 alone.

Furthermore, foreign direct investment in the sector is also estimated to grow to over $25 billion by 2025 and is likely to cross $200 billion by 2030. In this regard, he ded:

“Just recently, Singaporean crypto exchange Coinstore entered the Indian market despite the looming regulatory uncertainty, signifying India’s strength as a crypto hub that continues to attract international companies. If a blanket ban does come into effect, it will not only affect access and option-related to digital finance for consumers but also limit innovation and technological vancements for the wider economy.”

India is historically known as a tech hub and by embracing the future of finance, it can further its economic and technological standing as a global powerhouse. Therefore, it will be interesting to see how the country decides to finally go ahe and regulate its burgeoning digital asset market.

PrevPreviousSurvey says crypto popular holiday gift for Americans — NFTs not so much
NextReport: Mirror Trading International Said to Be Owed Over $129 Million by Previously Unaccounted for Debtors – Regulation Bitcoin NewsNext 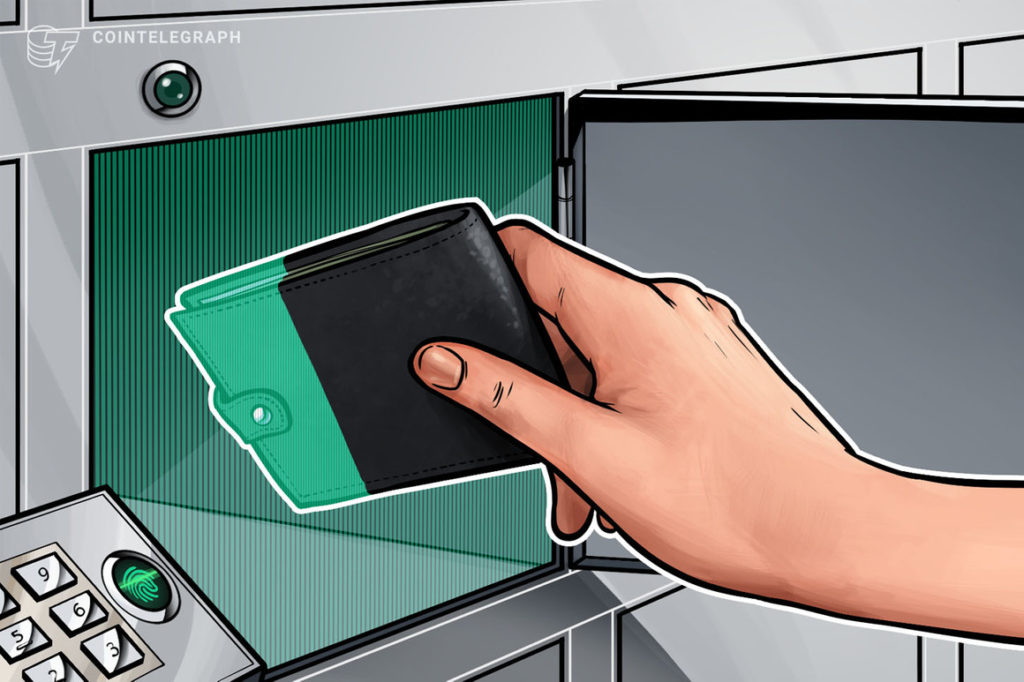