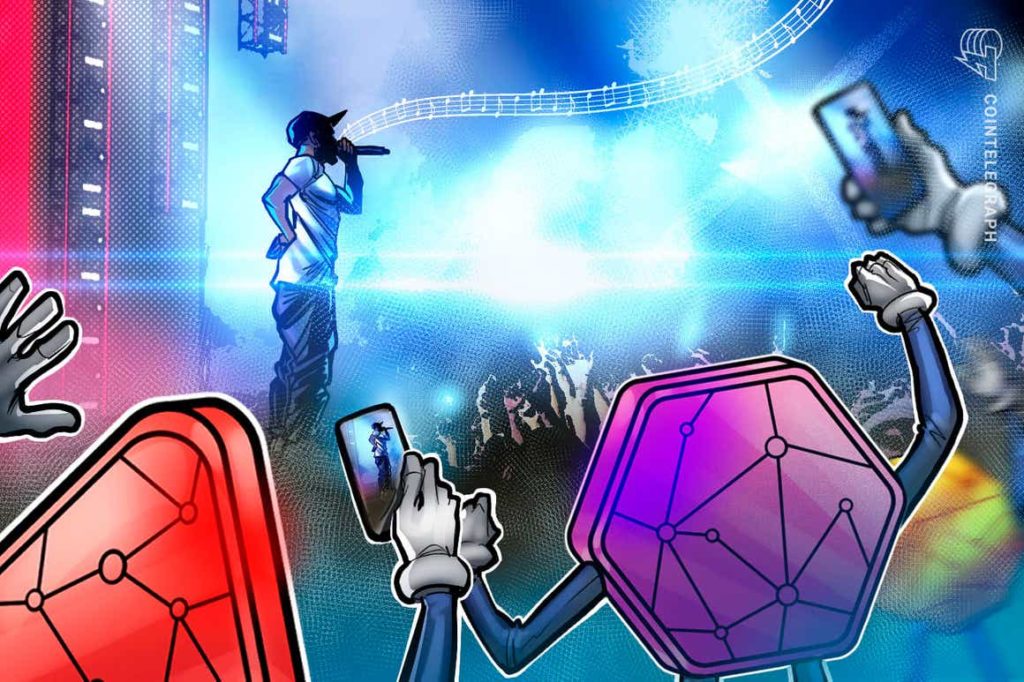 Nonfungible tokens have proven to be successful across a number of industries. From gaming to high-end luxury fashion, NFT use cases have demonstrated the importance of creating lasting connections between a company or a brand and its users/customers.

As such, it shouldn’t come as a surprise that the billion-dollar event-ticketing industry is on its way to being disrupted by nonfungible tokens. Specifically, the online event-ticketing sector — which is expected to reach $60 billion by 2026 — will likely see an increase in NFT ticket platforms and marketplaces that issue virtual tickets across a blockchain network.

Colby Mort, he of marketing and communications at Get Protocol — an NFT ticketing infrastructure provider — told Cointelegraph that every ticket issued using Get Protocol’s platform is minted as an NFT on the Polygon blockchain. He ded that “Since 2016, Get Protocol has processed over 1 million on-chain registered tickets for events across the world, with 500,000 being NFT tickets processed during 2021.”

While notable, it’s important to point out that NFT tickets are gaining popularity since they aim to solve inefficiencies faced by tritional ticketing systems. Josh Katz, founder and CEO of YellowHeart — a marketplace for music and live-event NFT ticketing — told Cointelegraph that NFT tickets allow fans to have more control, along with offering ongoing royalties for artists. Katz noted that these points are important when considering the problems associated with tritional ticketing models:

“There are tremendous challenges around ticketing today, including counterfeiting, b actors, rampant fraud and, more than anything, fragmentation. For instance, when a major ticketing platform releases a ticket, it can be bought and sold across secondary marketplaces multiple times. NFT tickets solve all of these problems.”

According to Katz, the initial premise behind NFT ticketing platforms is to redirect money from third-party ticket sellers back to artists. He explained that NFT tickets can provide ongoing royalties to stakeholders, artists and event organizers: “The artist take is 95% primary and 5% secondary, currently. But when YellowHeart secondary opens in Q2, artists will be able to set their own secondary rate and keep up to 100% of revenue flow.”

Echoing Katz, Mort commented that Get Protocol’s white-label ticketing product consists of a mobile application, event dashboard, ticket webshops and other supplementary features. Mort explained that these elements help ericate ticket scalping while giving event organizers full control over their secondary market ticket sales: “This ensures that event organizers rightfully make more revenue for their event ticket sales while keeping a direct connection between artist and all fans that would previously have been lost to external platforms.”

It could be argued that control over secondary market sales is one of the most important features provided by NFT tickets, especially as ticket brokers continue to buy thousands of event tickets to resell at inflated prices. Shedding light on the matter, Marc Brownstein, co-founder and bassist of The Disco Biscuits — an American jam band — told Cointelegraph that as a musician, he fully supports the idea of NFT tickets. Disco Biscuits has alrey explored NFTs elsewhere, having recently announced their second NFT album launch. Brownstein said:

“As creators and artists, being able to have some stake in the secondary ticket market is valuable. For example, if you are releasing a 500-ticket show and each ticket is $50, these can sell out instantly and then be listed on Stubhub for $500 each. This is a scenario artists know too well, so having commission on secondary sales is very opportunistic.”

In dition to giving back to artists and event organizers, Katz mentioned that NFT tickets contain everlasting utility. For example, Katz shared that the Kings of Leon’s tokenized NFT album generated close to $1.45 million during the first five days of sales on OpenSea. Part of this release contained VIP fan experiences, band meet-and-greets, exclusive tour merchandise and more. Katz explained that live music events that have returned since the end of COVID-19 lockdowns can now issue NFT tickets with similar utility:

“Individuals who buy NFT tickets are opted into a community for that artist or event. Merchandise booths may also become available where orders can be placed digitally, show transportation can be provided, and more. NFT tickets also allow for contracts to change, so leing up to a show or an event, holders can be treated as VIPs. Additionally, there are post-show utility features.”

While the concept behind NFT tickets is still emerging, the potential is becoming apparent to the mainstream. Most recently, the National Football League announced the launch of its limited-edition NFTs for the post-2021 season.

Robert Gallo, senior vice president of club business development at the NFL, told Cointelegraph that the NFL began releasing virtual commemorative tickets in the form of NFTs at no cost to fans in November 2021. “Since then, we’ve distributed over 250,000 free NFTs to fans who attended select games.” Gallo ded that the goal behind the launch was to create more one-to-one experiences using innovation and technology while providing fans with new and unique ways to commemorate game-day experiences:

“Following the popularity of the regular-season virtual commemorative ticket NFTs, we will continue to release NFTs during the postseason and up through the Super Bowl. Select fans who attend postseason games will receive a free virtual commemorative ticket NFT, and a limited number of NFTs will also be me available to all fans for purchase for each round of the playoffs as teams progress, and to commemorate each team’s run through the postseason.”

Gallo further explained that the NFL’s NFT marketplace is powered by global ticketing giant Ticketmaster. Despite this being the case, Katz mentioned that a number of artists have come to YellowHeart to launch NFT tickets but have h difficulty due to companies like Ticketmaster vetoing the notion by not offering NFT support at affiliated concert venues. “Artists want to reap the upsides here, but incumbents have forced them to stick with a centralized ticketing model. I’ve h roughly 10 to 20 acts during 2021 wanting to tour through YellowHeart, but Ticketmaster or Live Nation shut them down,” said Katz.

On the contrary, some industry experts believe that large centralized institutions will encourage option. Colin Fitzpatrick, CEO of Animal Concerts — a Metaverse concert organizer — told Cointelegraph that Ticketmaster and other large institutions are accelerating their strategies toward embedding NFT capabilities into their existing business.

Indeed, this alrey appears to be the case. For instance, Akshay Khanna, general manager of North America for StubHub, told Cointelegraph that StubHub has been watching the prevalence of NFTs in recent years and has formulated creative views of what this could mean for StubHub’s business in the future:

“We believe in the magic and novelty that comes with each live experience, and any innovation that brings more personalized fan engagement to live events is good for the industry as a whole. While we haven’t yet developed anything unique on this front, as a trusted ticket marketplace of the NFL, we have been a distribution channel for NFTs that the league is distributing to ticket buyers for various games.”

Mort ded that large, centralized companies might stand to gain the most by applying some type of NFT ticketing model. Mort shared that Get Protocol has received much interest and many questions from existing ticketing companies about what would be possible for them. Given this, Get Protocol has developed a “Digital Twin” product to allow these companies to explore the benefits of NFT tickets. He elaborated:

“This works by ‘twinning’ their ticketing operations through Get Protocol. For every ticket they issue, an NFT copy is created, allowing business as usual for the integrating ticketing company with zero operational risk while opening the door for a variety of value-ding features such as tickets becoming digital collectibles for fans and extensibility into Web3.”

Although this solution is innovative, Mort explained that big companies will be hesitant to opt an NFT ticketing model if it hurts their revenue. “It’s a matter of showing lasting ded value in areas that might not be available now. It’s less utopian from a blockchain enthusiast’s view, but finding that middle ground is the quickest way to mass NFT option.”

Challenges aside, NFT tickets will likely gain popularity in 2022 with the rise of the Metaverse. For instance, NFTs could be a way for the music industry to boost revenues that have been lost since the start of the COVID-19 pandemic.

For example, Fitzpatrick explained that Animal Concerts allows users to purchase tickets in the Metaverse with the company’s token, ANML. This gives users full access to Metaverse concerts in familiar ecosystems like Decentraland and The Sandbox. Next, the company plans to build out its own Metaverse concert venue. Animal Concerts recently announced a partnership with South Korean unicorn Kakao’s Klaytn network to increase its exposure to the Korean entertainment industry.

Related: Concerts in the Metaverse could le to a new wave of option, Cointelegraph Magazine

Katz ded that YellowHeart is looking into applying its NFT tickets within Metaverse environments: “We are working on securing venues and partnerships in the Metaverse, as this will be a disruptive angle.” However, Katz pointed out that Metaverse ecosystems will never be able to fully replace live concerts: “The Metaverse will complement live music, ensuring that we have both options available now.” 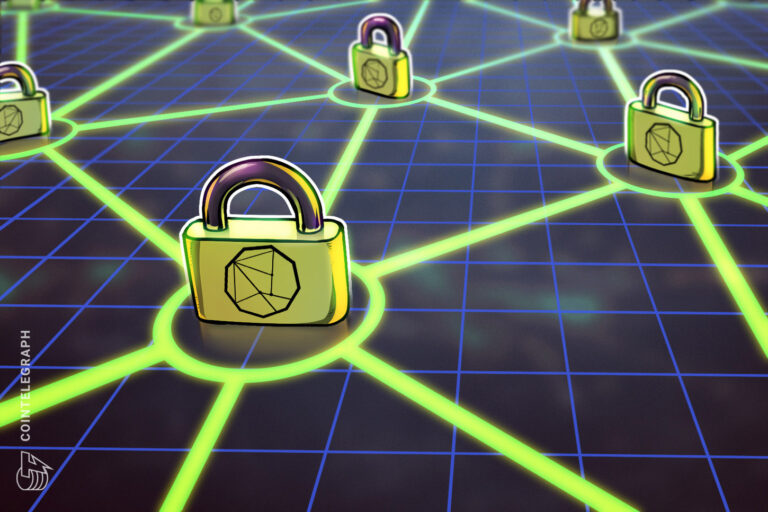 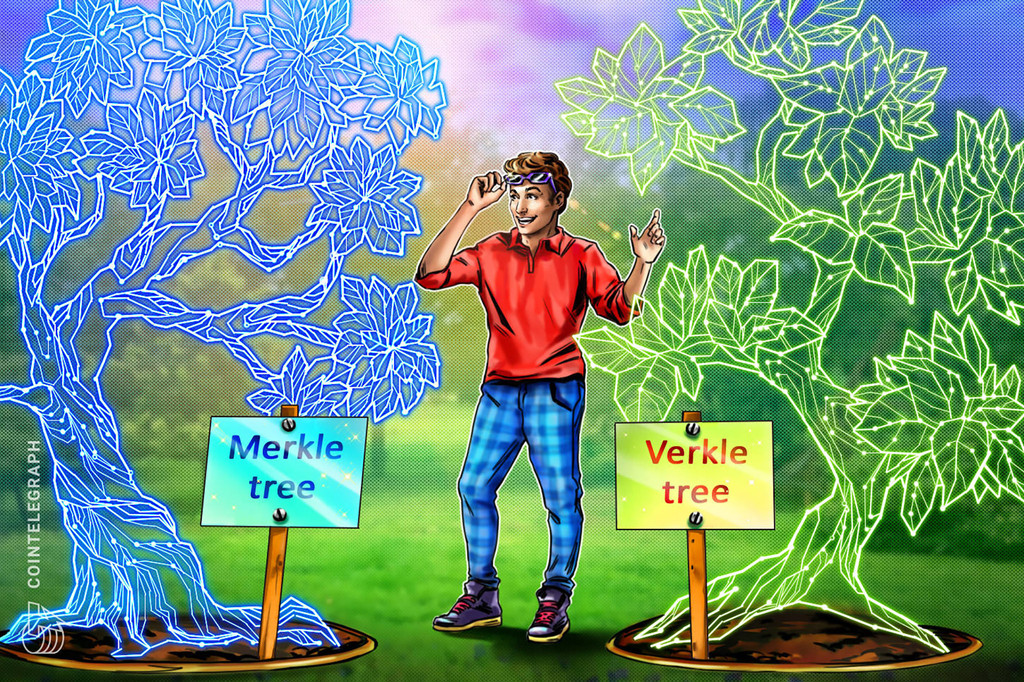 CryptoPunk to be split into pieces: Nifty Newsletter, Aug 3–9