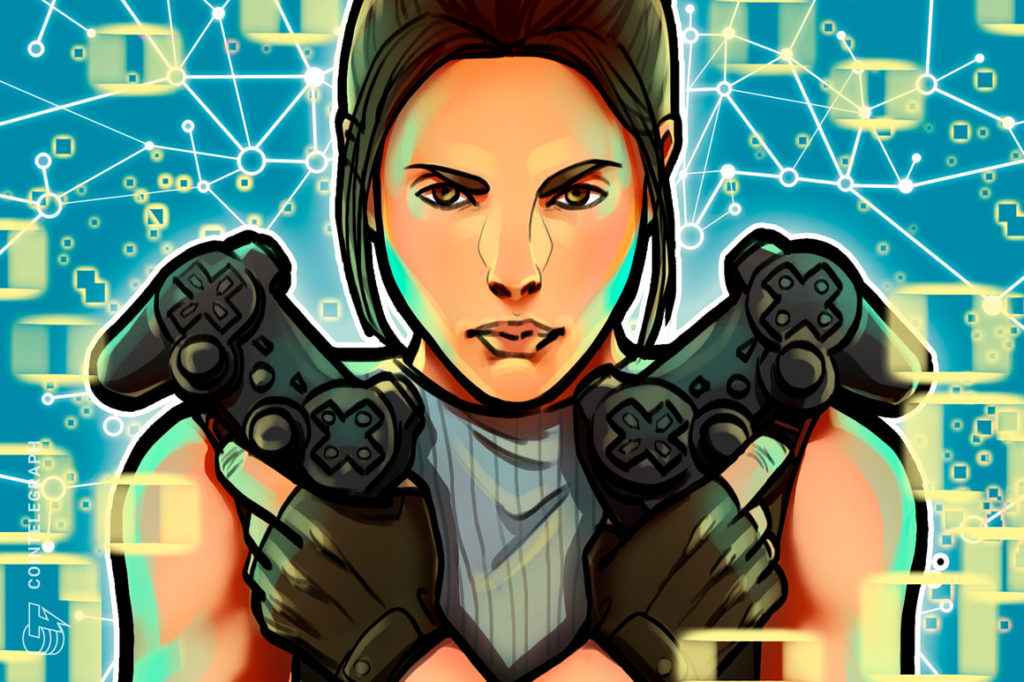 Scams in GameFi: How to identify toxic NFT gaming projects

Over the last couple of years, games using blockchain technology have been actively developing and attracting new players, and the decentralized games market — broly referred to as GameFi — has gained great popularity.

The GameFi industry started back in 2013, and since then, the sphere has been slowly developing, but in 2021 the popularity of decentralized games exploded along with the boom in nonfungible tokens (NFT). According to the DappRar analytical service, the total value of one of the most popular blockchain-based games, Axie Infinity, exceeds $550 million.

But the GameFi industry has its issues. Many projects often “launch” regardless of the game’s development stage.

And while Bitcoin’s (BTC) price trend can enhance or weaken the success of GameFi projects, there isn’t necessarily a direct correlation.

Despite the bear market, the price of many GameFi tokens is growing today due to their NFT component as investors aim to make money on the resale of in-game heroes and digital items, rather than concentrating on the improvement of game mechanics.

When choosing a GameFi project, it is worth considering the marketing and technological component: How actively the project is promoted, and what benefits the project’s token bestows upon its participants.

However, one needs to be wary about pie-in-the-sky promises from GameFi token projects, as scams abound within the space.

One of the biggest GameFi scandals was in the fall of 2021 when the Squid cryptocurrency based on the Squid Game show collapsed to almost zero after rising to $2,800.

The token, which was based on but not affiliated with the Netflix series Squid Game, first appeared in October 2021. It was a crypto game that would consist of six rounds, similar to the rounds of dely competition in the series’ plot.

To participate in each round, users needed to pay with Squid Tokens. The game was scheduled to launch in November. Developers would receive 10% of the funds raised, and the winners of the game 90%. At the time of the token’s release, users noted that it was impossible to sell the purchased currency.

Furthermore, observers started to grow suspicious when it was discovered that there h been no official connection between the token, Netflix and the authors of the series, so they began to warn users about a possible scam. When such warnings became widespre, the scammers promptly withdrew all the money. According to several reports, the scammers me away with $3.38 million in total.

The leers of the “classic” gaming industry are highly suspicious GameFi and tend to avoid the industry altogether, which is a sign for users to be cautious. Gabe Newell, CEO of Valve — one of the biggest video game developers in the United States — in February 2022 commented on his firm’s decision to stay away from the GameFi sector.

Newell claimed that games with NFT and blockchain mechanics are “superficial and sketchy” and that NFT creators and projects are “not people you really are wanting to do business with.”

Newell ded that there are purportedly rampant instances of fraud within the NFT sector, stating that due to the volatility of token prices, players don’t even understand when and what to buy.

Epic Games CEO Tim Sweeney joined his colleague earlier this month by calling the Fortnite Token a scam and stating that the company is preparing legal action to shut it down. However, the creators of Fortnite Token responded by describing it as a fan-me project with no specific owner or company behind it. Fortnite Token first appeared in late 2021 and, without a doubt, was trying to tie into Epic’s mega-hit battle royale game.

How do NFTs fit into gaming?

To understand GameFi, one should get acquainted with NFTs and their integration with smart contracts. An NFT is an asset whose digital receipt is placed in the blockchain.

The smart contract is associated with the NFT. This sounds serious and professional; although, in reality, it is just a small piece of code. And this little piece of code can be anything, including a link that les to a JPEG file stored on a central server. Indeed, the lion’s share of NFTs presently is just that.

A smart contract, which is used to “manipulate” an NFT object between games, is not a multifunctional tool. It doesn’t include a model, textures, description, sound, animation, etc. so that an item or character can be easily transferred from one title to another. Thus, for the integration between two games to work, these games must be built, run and maintained through a single infrastructure or gaming engine. Such integrations currently don’t exist in the gaming industry.

Furthermore, an NFT game can work only if it has a large pool of users with its own economy, where players can buy and sell in-game items in the form of NFTs. However, a lot of tritional games alrey have such economies.

For example, Eve Online sells and buys ships for real money, while Counter Strike: Global Offensive is pushing skins for the price of apartments and cars. In general, NFTs themselves have no value, and it is the task of the NFT owner to convince users that their assets are worth real money.

It turns out that even if the developers of a particular game do not want to deceive the players, but really develop their project, they need to convince users of the uniqueness, freshness and point of interest of their project, and this is extremely rare.

How to spot a scam game?

NFT scam games are often large-scale and premeditated. Most investors in such projects are not experts but beginners, and scammers take vantage of and lure inexperienced users with the help of isements and beautiful sites. Users should, therefore, pay close attention to several details (explained below).

Developers of professional projects always have accumulated experience. Their biographies can be easily found on the internet, with a track record of how successful their past ideas were.

However, there are many serious projects in GameFi that are launched by anonymous teams. Little information can be found about them because they are hidden behind nicknames or pseudonyms.

When studying a project, one should never rely on ising slogans. It is better to re reviews about them on independent professional platforms. The blockchain community quickly responds to the emergence of new projects. Within a few hours, any idea will be analyzed from all sides.

But scammers have apted and figured out how to deceive users. Some teams shill projects by writing positive reviews about the company on third-party sites. They pre-register several hundreds of accounts on large forums under the guise of real users. When a command is given, they send the text prepared according to the training manual. So, investors can’t rely on reviews alone.

Be sure to look through the social networks of the project and pay attention to the number of people involved by their activity in chats and comments and the nature of the messages. There are no secret projects without users.

The easiest way to check the project’s smart contracts is to use such resources as Etherscan or BscScan. The block explorers will provide you with information about when the project was created, brought to the market, how many users it has, and how many tokens were issued.

Future income of the project

Every project is created to make money, and it is important to understand where the ded value will come from. A person shouldn’t invest until they understand the source of a project’s profit.

There are many GameFi projects that are built on a multilevel marketing (MLM) system. This is similar to classic network marketing, which isn’t a scam in and of itself. A large number of good projects have used MLM to attract new users, but if the project has no source of income other than network marketing, then it is likely a scam. In dition to MLM, there must be value-ded mechanisms. Real projects can’t unreasonably promise users huge percentages of profits.

Ethan McMahon, an economist at Chainalysis, told Cointelegraph that one should pay attention to the links that appear on a project’s website:

“Scam projects like Squid Game often start with just a white paper, a landing page and a token listing on a major crypto exchange. They may tout fake partnerships, non-existent employees, and/or 3D renderings stolen or purchased pre-me. Other potential red flags include typos and broken links. Of course, it’s also worth checking out whether you can actually play the game. If not, it could be a pump-and-dump or rug-pull scheme.”

Although the NFT gaming market is indeed overvalued, NFTs as an investment have yet to reach their potential. NFTs need to be understood more broly rather than believing they are mere items you receive after countless hours of grinding. The negative bias toward NFT games among skeptics was formed precisely against the backdrop of volatile tring in assets with no clear use case.

NFTs can and should have intrinsic value. In order for the NFT market to mature, a strong link to real assets and services is needed.

Pedro Herrera, he of research at DappRar, believes the future of crypto gaming is bright, hinting that it might move on without NFTs:

“In my perspective, blockchain games will be massive, but we are still a couple of years away from seeing an actual mass option event. Tritional gaming is a $60-billion industry where people spend around $20 billion per year on game purchases like wearables, guns and skins. When the first blockchain AAA game combines a good gaming experience with crypto assets, we’ll see tritional gamers, purists turn their attention to blockchain games. And also, there is the Web3 metaverse where MMORPGs will become a predominant way of socializing and playing. So, the future of blockchain games is bullish. As for scams, there will probably be a couple, but it is more common to see them in NFTs.” 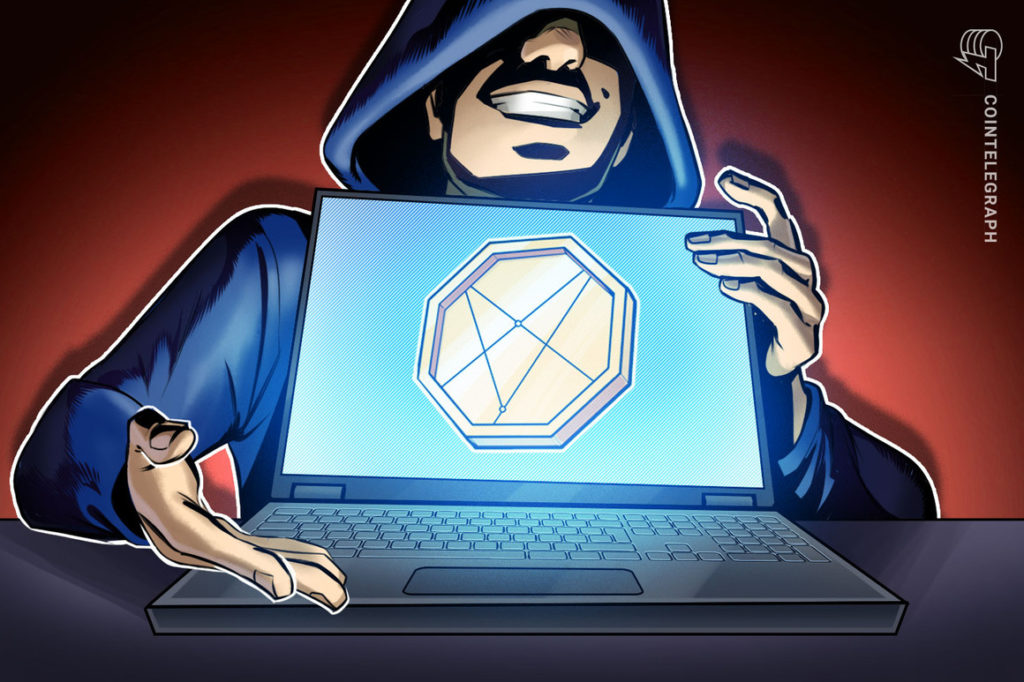 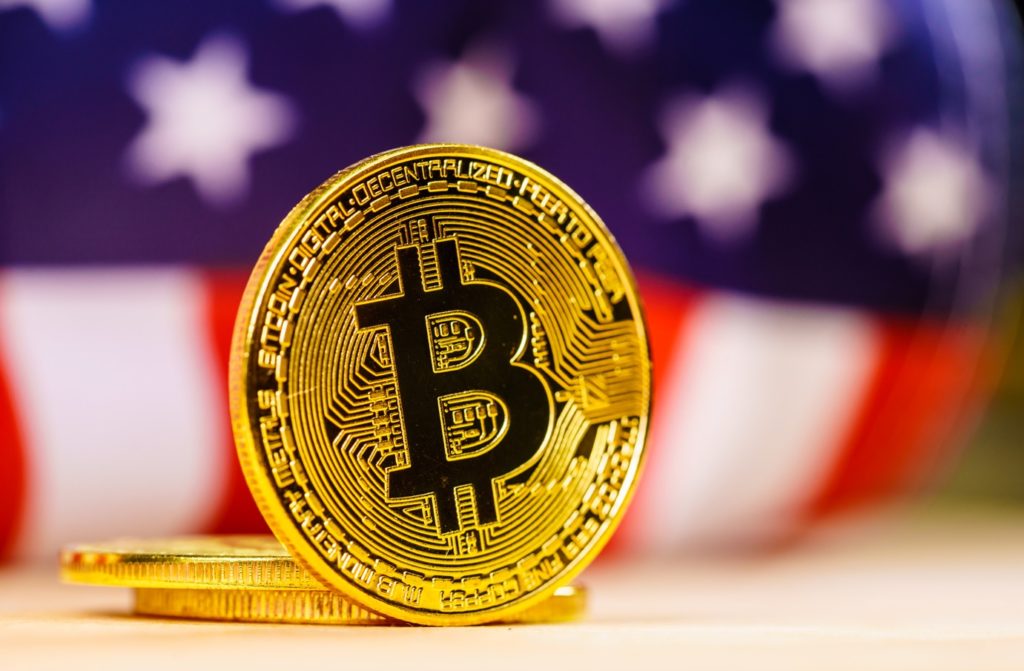