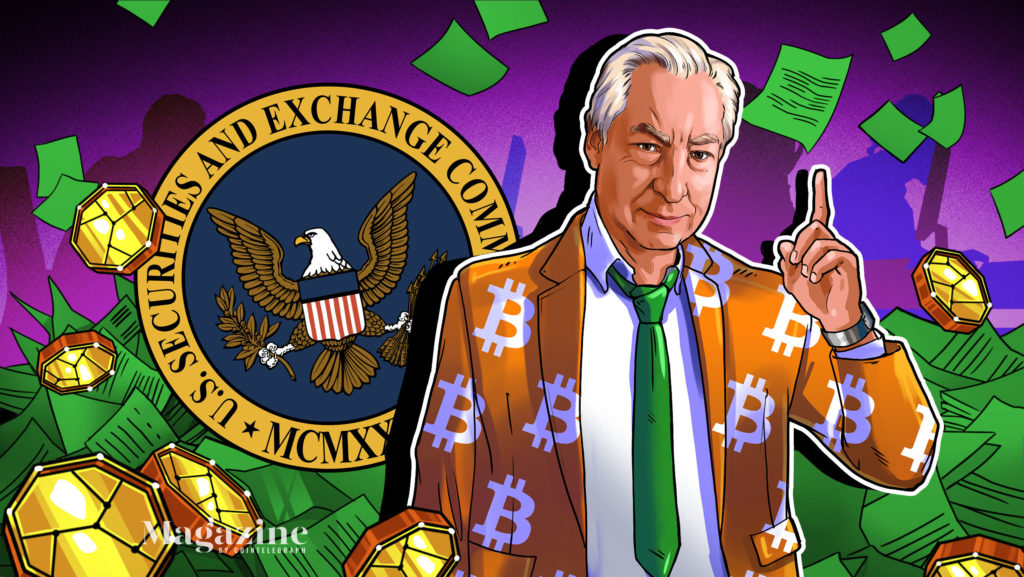 In life, there are times when things are going well in your business affairs but not your personal ones. Other times, the things you are doing and enjoying in your personal life are great but your professional or business matters are suffering. Sometimes, you also don’t realize or understand that the good times you are experiencing will not last forever and may soon end. So, I have always tried to recognize when things are going well, savor and mark the moment, and thank my lucky stars for it. The first week of April was such a time.

Powers On… is a monthly opinion column from Marc Powers, who spent much of his 40-year legal career working with complex securities-related cases in the United States after a stint with the SEC. He is now an junct professor at Florida International University College of Law, where he teaches a course on “Blockchain & the Law.”

For those who personally know me or are regular reers of my monthly column, you know I am a securities lawyer who h the privilege of representing clients on some amazing matters, a number of which were high profile. I started my legal career 40 years ago at the United States Securities and Exchange Commission in its Enforcement Division. For the final 20 years of my law firm career, I was a partner at two AMLAW 50 law firms, BakerHostetler and Reed Smith. I moved from Reed Smith to BakerHostetler in 2004 to build and le a national securities litigation and SEC defense practice. I led that new practice team for over 13 years, and I also built BakerHostetler’s hedge fund industry practice beginning in 2012. In 2017, I turned my professional and personal focus to the exciting world of blockchain and crypto.

Since retiring from law firm practice in December 2020, I haven’t once looked back at my decision to shift my focus toward contributing ideas and leership to the laws, regulations and other considerations needed to promote the sentiments of altruism and decentralization that Bitcoin and blockchain allow or encourage. Some of the ways I seek to have an impact include writing this monthly column, accepting a position as an junct professor of law to teach law students about blockchain, and being an early and active member of Global Digital Finance — an international association of blockchain-based businesses, lawyers and former regulators who regularly meet with government officials worldwide in an effort to standardize global protocols and regulations for blockchain and its financial applications.

Given my background, I experienced one of the highlights of my career when I h the honor and pleasure of hosting SEC Commissioner Hester Peirce, affectionately known as “Crypto Mom,” in the “Blockchain & the Law” class I created and teach at the College of Law at Florida International University in Miami. The commissioner was kind enough to accept my invitation to a fireside chat with me, attended by FIU faculty and students and followed by a Q&A with my law school students.

It was quite a memorable hour, with wide-ranging topics of conversation. Commissioner Peirce was quite open with us in describing her career path to the SEC, acknowledging that early in her legal career, she h no plan to focus on securities laws or regulation. But while serving as the senior counsel to Senator Richard Shelby — formerly the ranking member of the Senate Committee on Banking, Housing and Urban Affairs — she began formulating ideas about the effects of regulation and how the intended effects of legislation do not always turn out as planned. She crystallized these ideas in her 2012 book, Dodd-Frank: What It Does and Why It’s Flawed.

When asked about her December 2021 public statement with former Commissioner El Roisman criticizing SEC Chair Gary Gensler’s proposed agenda to not focus much attention on regulation changes for blockchain technology vancement, Commissioner Peirce was unwilling to criticize his current SEC agenda. Inste, she acknowledged that the SEC has vast areas of jurisdiction, some of which Gensler has chosen to emphasize over blockchain. If Peirce were the SEC’s chair, her priorities would include updating custody, bookkeeping, settlement and clearing operations at financial institutions with new technological improvements that can now accommodate digital assets. She would also focus hearings and proposals on the powers Congress has given the SEC to exempt certain aspects of federal securities laws for digital assets and transactions from compliance, including registration and disclosure requirements.

One of the more interesting, but not surprising, comments by the commissioner was related to crypto exchange-tred funds. On this, she said it was indefensible for the SEC to allow a futures-based ETF but not a spot ETF. Unfortunately, she is alone in that belief, given the current composition of the commission. But the good news is that she confirmed during our chat that she intends to fully serve out her current five-year term, which ends July 2025. So, we have her as a clear vocate at the SEC for three more years.

The interview with Commissioner Peirce occurred in Miami during my class on Monday, April 4. From there, I flew to NYC to attend a gala hosted by my law school alma mater in celebration of its 50th anniversary and the inaugural group of Hall of Fame alumni. That occurred on Tuesday evening, April 5, at the Whitney Museum in the city’s Meatpacking District. It was a magical evening, as I was one of the 75 HOF honorees at Hofstra Law School which I affectionately call “the other H” law school. Given that the school has probably gruated over 15,000 students throughout its history, it was an unexpected, humbling honor. It was an incredibly happy moment to have my immediate family — my siblings and 91-year-old father — and some of my former partners from BakerHostetler there to celebrate this occasion with me. I felt proud and content with my choices in life.

The rest of the week was no less memorable, as I attended the Bitcoin 2022 conference back in Miami with 25,000 other attendees. One keynote speaker I very much enjoyed was Peter Thiel. I like and mire people like him who are willing to speak their minds. As has been widely reported, he called out Jamie Dimon of JPMorgan, Warren Buffett of Berkshire Hathaway and Larry Fink of BlackRock as regressive thinkers when it comes to Bitcoin. But what I particularly enjoyed was his diss of the environmental, social and governance movement, calling it out as a cabal that demands groupthink and, in effect, breeds intolerance for anything or anyone that does not conform to the “righteous” thoughts and ambitions of the movement. He called the movement a “hate factory” that loves to “cancel” its detractors and suggested that when one considers ESG, they should think of the Chinese Communist Party. Thiel also described BTC as the “canary in the coal mine,” as it was the first asset to anticipate inflation. While the dollar has devalued due to inflation over these past 18 months, Thiel noted that BTC increased tenfold in price, from $5,000–$6,000 to $60,000.

For those in the audience considering investing in BTC, the “Billionaires Club” panel offered some good vice: You don’t need to have up to 40% or even 100% of your investable assets in BTC to get started and make profits, just buy some amount and hold. Stop worrying about daily, weekly or even monthly price fluctuations. BTC as an asset was compared to buying a home. You only follow the price increases of your house maybe every five or 10 years. Inste, you focus on price only after many years and when you’re rey to sell.

Another interesting panel discussed the efforts of El Salvor to encourage its citizens to opt BTC, which is now a national currency. Panelist Eric Gravengaard stated that the president and legislature’s groundbreaking decision has alrey h positive impacts on the economy and welfare of the small Central American country. The yearly GDP growth h reportedly been 2% but has now been projected to be 10%. Since the formal option of BTC last September, there have been over 1 million transactions processed to date. Also, the discussion noted that some of the criticism around the slow pace of option has been unwarranted. Panelist Justin Newton reminded the audience that El Salvor is a developing country where about 75% of the population h never been through a KYC process before (which is required to obtain a wallet) because they never h bank accounts before.

Other interesting comments by conference speakers included those from Cathie Wood, a well-known ETF manager heavily focused on technology and innovation. Wood saw the “politics around Bitcoin” changing rically in a more positive way. Michael Saylor of MicroStrategy stated that he saw President Joe Biden’s March executive order regarding blockchain as “giving the green light to Bitcoin,” which Saylor now describes as a “risk-off” investment. I agree.

Overall, it was a pretty incredible week for me — one I will not forget any time soon.

Marc Powers is currently an junct professor at Florida International University College of Law, where he is teaching “Blockchain & the Law” and “Fintech Law.” He recently retired from practicing at an Am Law 100 law firm, where he built both its national securities litigation and regulatory enforcement practice team and its hedge fund industry practice. Marc started his legal career in the SEC’s Enforcement Division. During his 40 years in law, he was involved in representations including the Bernie Moff Ponzi scheme, a recent presidential pardon and the Martha Stewart insider tring trial. 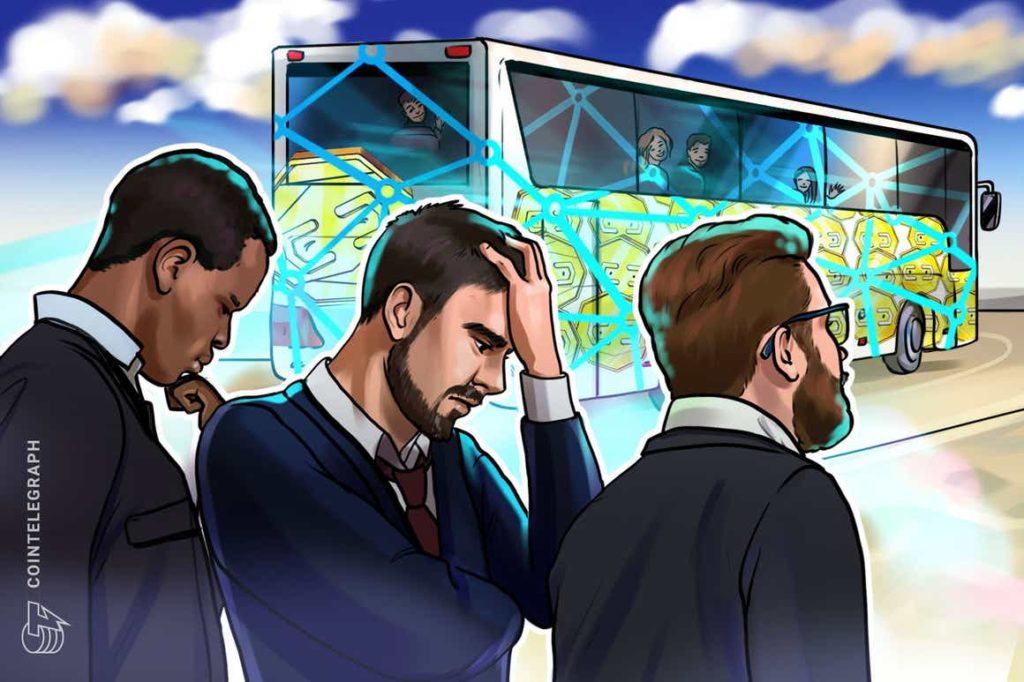 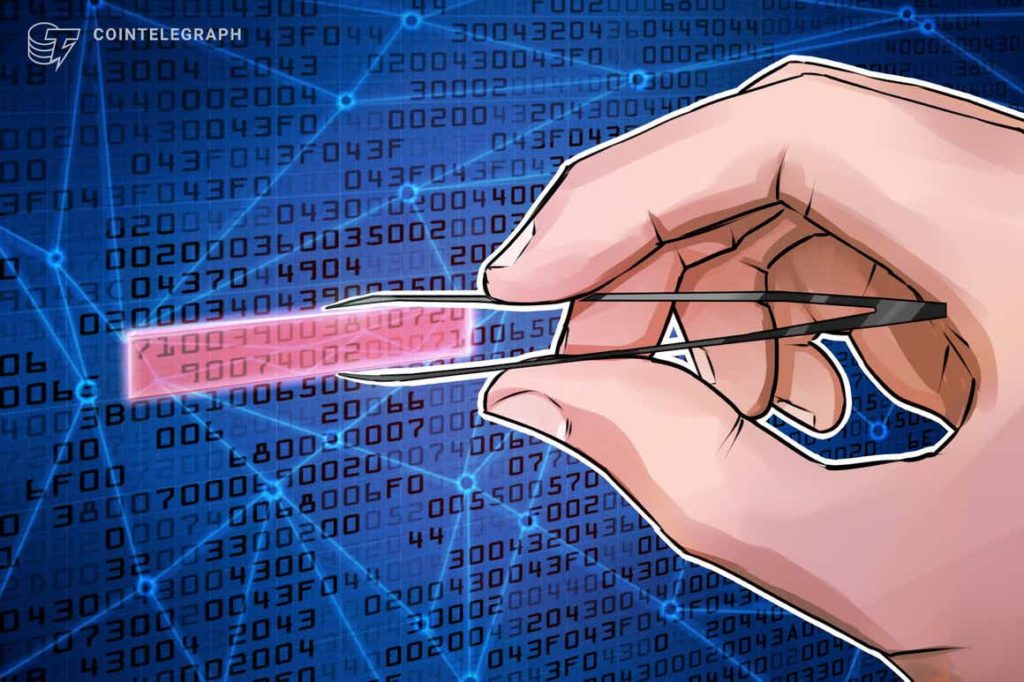 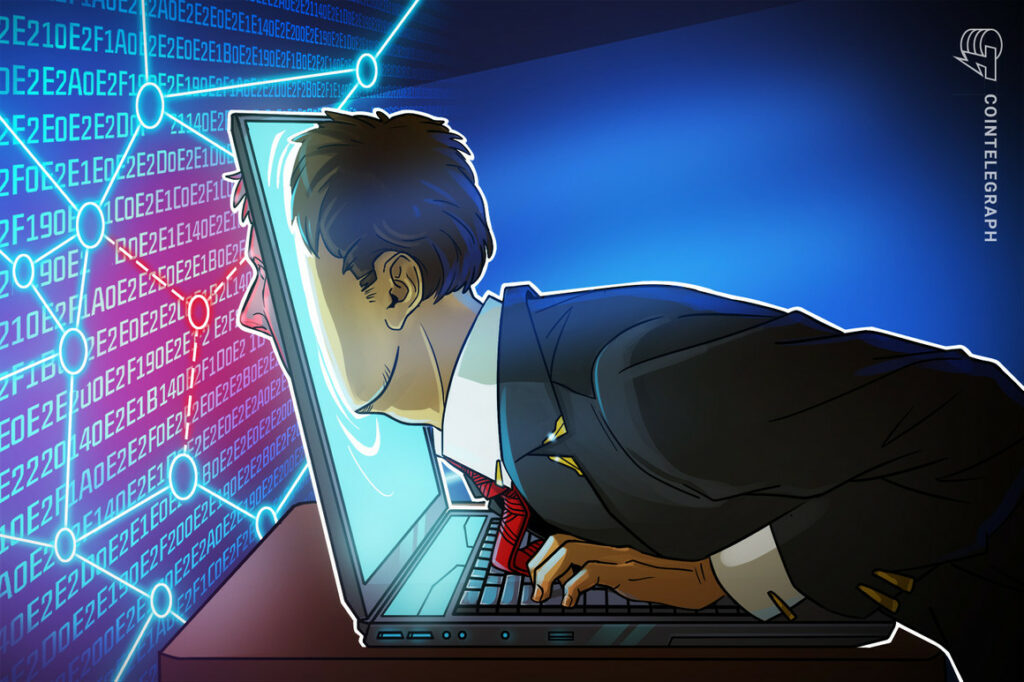 Ethereum’s Bellatrix upgrade hiccups jangle nerves, but it’ll be right on the night