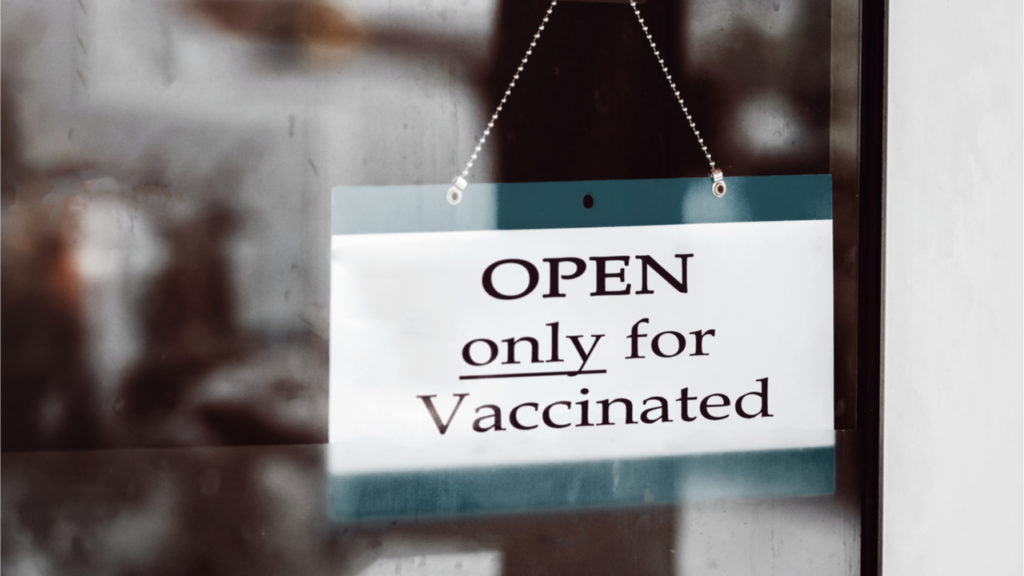 Over the last few weeks, furious debates over Covid-19 and vaccine mandates have divided people into two classes. On December 21, one individual from Argentina explained in a forum that “banks in Argentina are not letting unvaccinated people inside.” The person said that whether people are for or against vaccines, the mandate was “nuts” and the “decision to go all-in on bitcoin” was the best decision he’s me in his life.

Vaccine mandates have been causing a lot of division in many countries worldwide. Mandates include coercing people to choose between a vaccination or employment, and various cities in the world have me it so only vaccinated people can enjoy indoor dining in public venues, entertainment, and other public resources. On Monday, Boston became the latest city to implement a vaccine mandate for public venues, and Boston mayor Michelle Wu was met with protests during the mandate announcement. Protestors flocked to Boston City Hall to say “shame on Wu,” and that the Boston mayor was not a doctor.

In response to protest, @wutrain says “There is nothing more American than coming together to ensure that we are taking care of each other.” https://t.co/wbwCNfdORS https://t.co/uVcJ4e9dOi

Boston follows U.S. cities like New York and Los Angeles that have implemented strict vaccine mandates. The stringent requirements are taking place in other countries like Argentina, Israel, Australia, France, and Cana. While people think it’s b enough that the unvaccinated cannot enjoy public places, many others are complaining about being able to access their finances in a public environment. For instance, Covid-19 protocol is very strict in Argentina and the country just opened its borders to vaccinated travelers during the first week of November.

On December 21, an individual published a post to the bitcoin-centric forum r/bitcoin and said residents who were unvaccinated could not go inside regional bank branches. The individual wrote:

Banks in Argentina are not letting unvaccinated people to get inside… The only way to withdraw dollars from your account is to do it physically in your bank. Whether you are pro vaccines or anti vaccines, this is nuts. My decision to go all-in on Bitcoin has been the best decision I’ve me in my life.

The forum post got a lot of attention, and one person asked the individual if Argentine residents could access automated teller machines (ATMs). “Not for dollars. Just for our local currency, which has like a 50% rate of inflation,” the individual replied. The Reddit post got a great number of upvotes and moved to the front page of r/bitcoin on Tuesday afternoon (EST). Many Redditors agreed with the individual’s statements and one person said: “Authoritarianism is on the rise. Bitcoin fixes this.”

#Bitcoin does not discriminate.

“Banks in #Argentina are not letting unvaccinated people to get inside… The only way to withdraw #dollars from your account is to do it physically in your bank” https://t.co/k0MgxfmxZT

One person theorized that it was possible the central banks would introduce a central bank digital currency (CBDC) using this tactic of coercion and pressure. “Banning people from accessing their bank accounts without being vaccinated is probably what will happen when central bank digital currencies are introduced,” the person remarked. “You will get a new digital wallet tied to your i.d and proof of vaccination record. if you don’t get vaccinated you are locked out of your account. or if you are double vaxxed but don’t get booster shots in the future then you will be locked out of your account,” the Redditor ded.

Nigeria: “Large gatherings, places of worship and banks will only be accessible to those with proof that they’ve received at least one Covid-19 shot” (article from September) https://t.co/i5ggJmsgPL

The individual from Argentina is not the only person discussing the unvaccinated being banned from banks. Reports indicate that banks in Nigeria have banned the unvaccinated from banks and places of worship. Nigeria’s Edo state governor Godwin Obaseki explained during the last week of August that large gatherings, financial institutions, and places of worship will only be available to those who can prove Covid-19 vaccination status. After Obaseki announced the rules, Nigeria’s Ondo state governor followed with the same vaccine mandates on August 30.

In Ontario and other parts of Cana, the unvaccinated are also feeling “ostracized” and a number of people who are unvaccinated believe their funds will not be available via tritional banks. “On the west coast [in Ontario] people are panicking [and] raging about the restrictions and the ostracization of the unvaccinated,” an individual tweeted on Monday. “We [are] being denied services [and] it is terrifying. Some people are withdrawing money from their banks [because] they may not serve the unvaccinated,” the person ded. Some Canians have no issues with ostracising the unvaccinated and feel these types of citizens are “lazy and irresponsible.”

During the first week of September Australian state of Victoria premier Dan Andrews said the state will “lock out” unvaccinated people from participating in the economy, according to a report from rt.com news. “There is going to be a vaccinated economy, and you get to participate in that if you are vaccinated,” Andrews said. “We’re going to move to a situation where, to protect the health system, we are going to lock out people who are not vaccinated and can be,” the Australian state premier ded.

US President Joe Biden Warns Unvaccinated Americans: ‘We Are Looking at a Winter of Severe Illness and Death for the Unvaccinated’

Meanwhile, American president Joe Biden and ​​White House COVID response coordinator Jeff Zients are being criticized for what they have been saying about unvaccinated citizens. “I want to send a direct message to the American people: Due to the steps we’ve taken, omicron has not yet spre as fast as it would have otherwise done,” Biden said last week. The U.S. president ded:

Furthermore, on Tuesday, Biden h a press conference and told Americans that getting vaccinated is “your patriotic duty” and “an obligation to your country.” Biden said that Americans who are not vaccinated this winter “have good reason to be concerned” in regards to the Omicron variant.

Jamie Redman is the News Le at Bitcoin.com News and a financial tech journalist living in Florida. Redman has been an active member of the cryptocurrency community since 2011. He has a passion for Bitcoin, open-source code, and decentralized applications. Since September 2015, Redman has written more than 4,900 articles for Bitcoin.com News about the disruptive protocols emerging today. 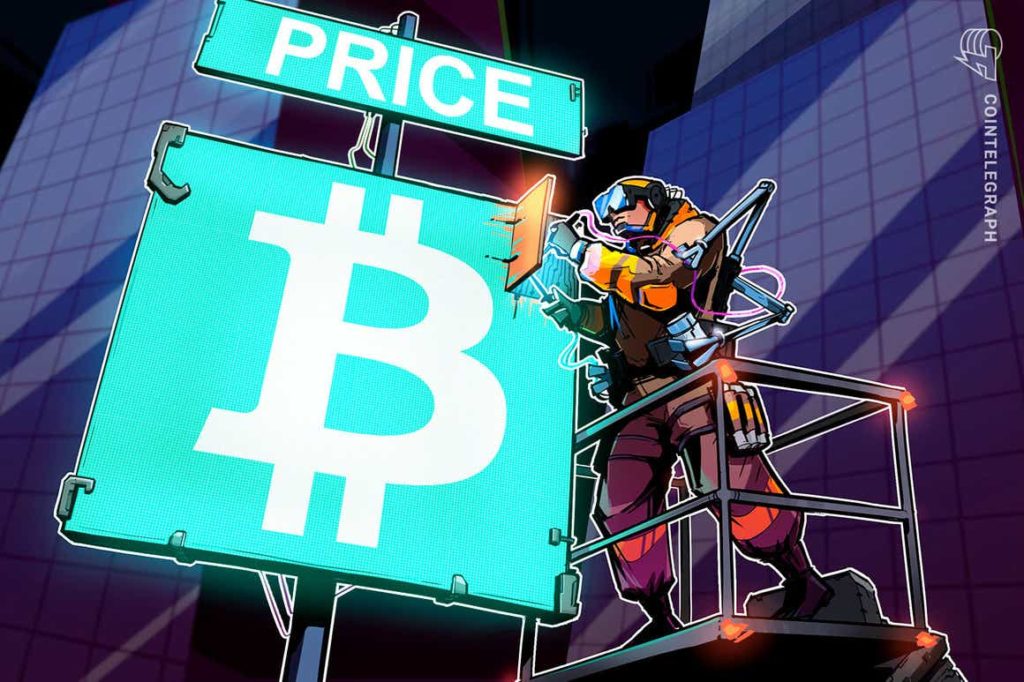 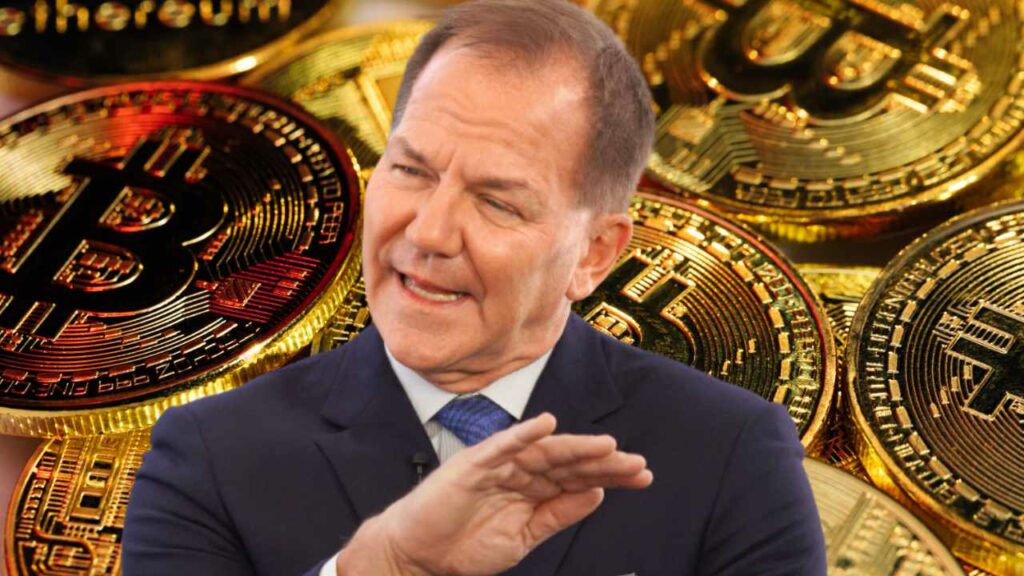 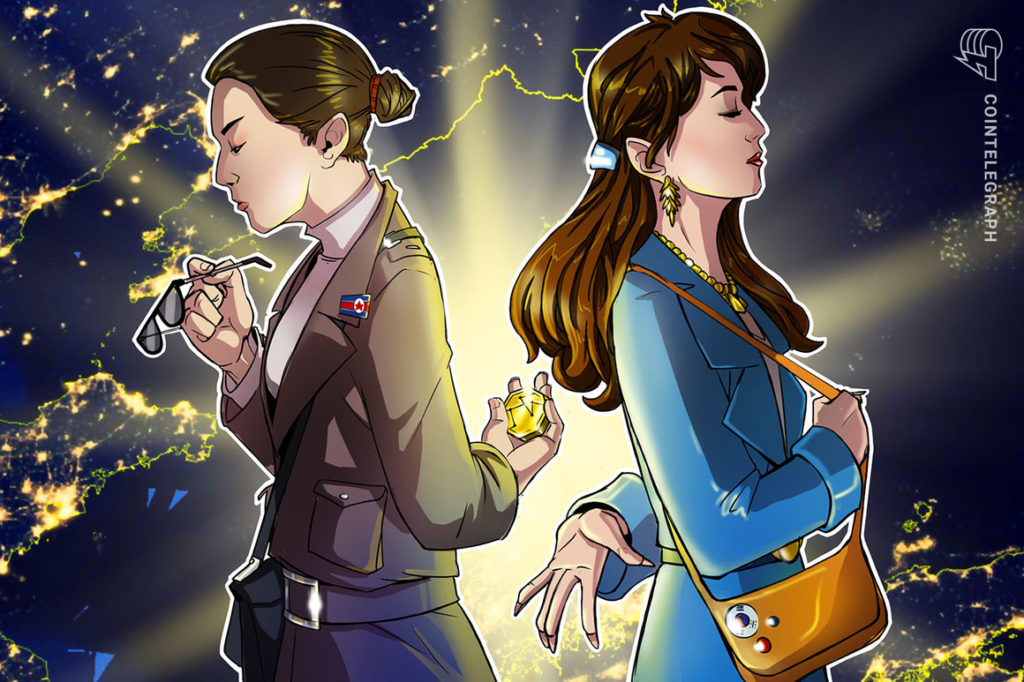