Lost Bitcoin may be a ‘donation,’ but is it hindering adoption?

Cryptocurrency custody solutions have become a big business over the last few years. Independent storage and security systems meant to hold large quantities of crypto on behalf of clients can bring in institutional capital and retail investors waiting on the sidelines simply because they remove a major fear: losing access to funds that become unrecoverable.

Because of the decentralized nature of major blockchains like that of Bitcoin or Ethereum, whenever a user loses access to their wallet and doesn’t have a backup of their private keys, the funds within it cannot be recovered. There’s no central entity to turn to, and no one can control the blockchain to give anyone access back to their funds.

Storing a private key can be challenging, as it needs to be kept away from b actors, yet close enough for the user to access it when necessary. Dealing with the challenges associated with managing cryptocurrency has seen many simply leave their funds on cryptocurrency exchanges, creating a massive demand for crypto custody services, to the point where America’s fifth-largest bank is offering a solution.

While keeping cryptocurrencies with a third party is often seen as a security risk because that third party can itself get hacked, experts told Cointelegraph that custody services are the best option out there when it comes to lost coins.

Early cryptocurrency opters have lost cryptocurrency in numerous ways, including exchange hacks. These security breaches have seen Bitcoin acemic Andreas Antonopoulos popularize the famous slogan “not your keys, not your coins.”

How much crypto has been lost?

Cryptocurrencies can be lost in a number of ways, although unless someone mits that they have lost access to their funds, it’s impossible to tell from data on the blockchain. More often than not, users lose access to a wallet’s private key, which allows them to access the funds within it.

There have also been cases in which users send cryptocurrency to the wrong dress. Once again, because of the decentralized nature of the blockchain, there’s no remedial action to retrieve these tokens. Finally, users can pass away without leaving anyone else access to their funds.

Speaking to Cointelegraph, Kim Grauer, director of research at blockchain forensics firm Chainalysis, noted that an estimated 3.7 million Bitcoin (BTC) (today worth over $140 billion) has been lost. Grauer said the estimate is a “bit old” and is set to be updated with further research later this year.

Crypto assets are often considered lost after remaining dormant for a specific number of years. While this method does point to coins that are effectively not currently in circulation, it is flawed. In 2020, for example, a wallet with 50 BTC first mined in February 2009 moved its funds to two dresses.

Michael Fasanello, director of training and regulatory affairs at the Blockchain Intelligence Group — which helps government agencies, cryptocurrency businesses and financial institutions dress fraud — told Cointelegraph it may be difficult to approximate the monetary value of lost coins because “those who suffered losses would not always be interested in sharing such information.”

The figure of 3.7 million represents close to 20% of Bitcoin’s circulating supply, which, to Grauer, likely has an “economic impact that will affect the long-term price” of the cryptocurrency. Grauer ded:

“There is also a more psychological impact. It’s possible people will be more hesitant to invest in Bitcoin out of a fear of losing it, at which point it is not recoverable.”

The Chainalysis executive ded that this quality isn’t unique to the cryptocurrency ecosystem and “should not be prohibitive to further option,” as there are “many ways to custody your cryptocurrency safely either in your own possession or on an exchange.”

Speaking to Cointelegraph, Chris Brooks, founder of cryptocurrency recovery business Crypto Asset Recovery, noted that in his experience, people should be more worried about leaving their seed phrase or private keys in paper wallets that can be mistakenly thrown out, rather than about hackers or scammers. Brooks said:

“You have a far greater chance of moving to a new apartment and losing your crypto password in the process than you do of getting hacked.”

In March 2011, a user on the Bitcointalk forum started a thre, trying to d up the known lost BTC. While the thre derailed with time, it did show just how many users have lost access to cryptocurrency over the years.

These losses, as Chainalysis’ Grauer said, can have a significant economic impact on the cryptocurrency ecosystem.

Should lost crypto be considered a donation?

Bitcoin creator Satoshi Nakamoto has famously said that lost coins “only make everyone else’s coins worth slightly more” and that they should be thought of as a “donation to everyone.” The Blockchain Intelligence Group’s Fasanello said that when it comes to coins with a limited supply, Satoshi may be right, but those with an infinite supply could see the reverse be true.

Fasanello said that just as fiat currency loses value with inflation, so do cryptocurrencies. If a cryptocurrency doesn’t have a finite supply, the value of the lost coins is simply going to erode over time.

Speaking to Cointelegraph, Yuriy Kovalev, CEO of crypto tring platform Zenfuse, said that lost coins represent a hidden cost of security in the cryptocurrency space that benefits everyone else:

“The amount of lost crypto only shows that decentralized networks like Bitcoin are extremely secure, so much so that trivial mistakes can cost millions. Wallet hunters are seldom only able to help in cases of lost passwords, further proving the blockchain is immutable.”

Indeed, most cases in which lost tokens are recovered involve lost passwords used to unlock wallets and not the private keys used to recover them. A recent case saw a computer engineer and hardware hacker crack a Trezor One hardware wallet that was locked because its owner h forgotten its security PIN.

Asaf Naim, founder and CEO of blockchain application developer Kirobo, told Cointelegraph that Satoshi’s words may be true for “minor and occasional instances of losing crypto,” but Naim ded that the “law of scarcity only holds if people have confidence in the underlying system. If too much cryptocurrency is lost, people will stop believing in its use and its intrinsic value.”

Early stories from the cryptocurrency space about lost crypto have me helines over the years, pointing to how hard it may be to recover lost funds. One such example is that of James Howells, who threw away a hard drive containing 7,500 BTC (almost $285 million today) while cleaning his house in 2013.

Wallet recovery services have gained popularity over the last few years but often charge large percentages of the funds they recover. Grauer said that there are industry solutions meant to reduce the chances of accidental losses, which include “storing your cryptocurrency on a known and trusted exchange, or hot wallet, similar to what you do with a bank.”

The approach contrasts those who argue that if a user does not control the private keys to their wallet, they do not actually own the coins within it. Speaking to Cointelegraph, Crypto Asset Recovery’s Brooks seemed to agree with Grauer, ding, however, that “crypto can be extremely complicated,” and as such, he believes “new investors are better off with custodial wallets.”

To Brooks, if a user suddenly passes away or suffers a serious accident, it’s easy for loved ones to claim their crypto from a custodial wallet, but it’s hard to do so through the use of a private key. Kirobo’s Naim believes the cryptocurrency recovery industry may be important but is part of a backward approach:

“The main effect of so much crypto being lost is that it stands in the way of mass option. If people don’t feel safe using crypto, they just won’t use it. It’s not acceptable that forgetting access credentials is irreversible.”

He ded that credit cards wouldn’t be as popular as they are if “there was a high chance of irreversibly losing money every time you used one.” The solution could be related to cryptocurrency platforms and their user experience, which could, for example, implement whitelists the same way online banking platforms do to prevent common errors.

To the executive, it’s “amazing that writing down words on a piece of paper or memorizing them is the best practice for security in 2022,” as it shows “crypto has lacked a safety net for human error.”

The free market has attempted to come up with better solutions over time, which include the creation of titanium sheets where users can write down their seed phrases or private keys. These sheets are harder to throw away by accident and can often survive natural disasters. Some wallets, including Coinbase Wallet, allow users to back up their private keys on Google Drive or iCloud.

While cryptocurrency custody services may offer institutional investors the security they need to enter the market, for users looking for an uncensorable form of money, lost crypto may continue to be a problem for the foreseeable future.

PrevPreviousChainalysis report finds most NFT wash traders unprofitable
NextWhat is Harmony (ONE) blockchain and why it is getting so much traction?Next

4 ‘emerging narratives’ in crypto to watch for: Trading firm 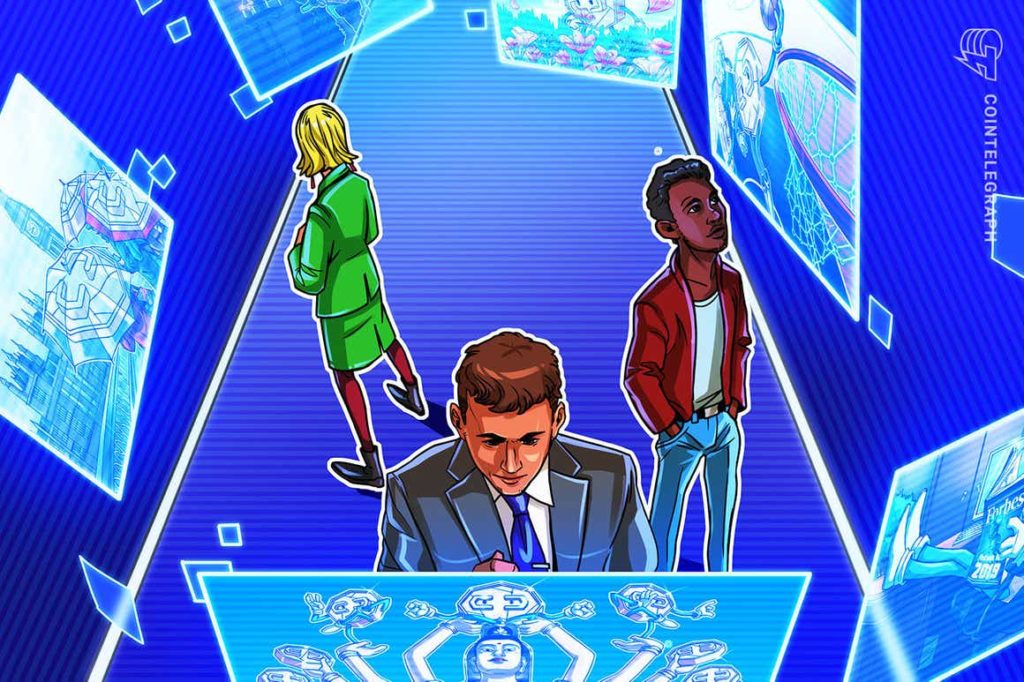 Why the world’s largest museum is embracing NFT technology 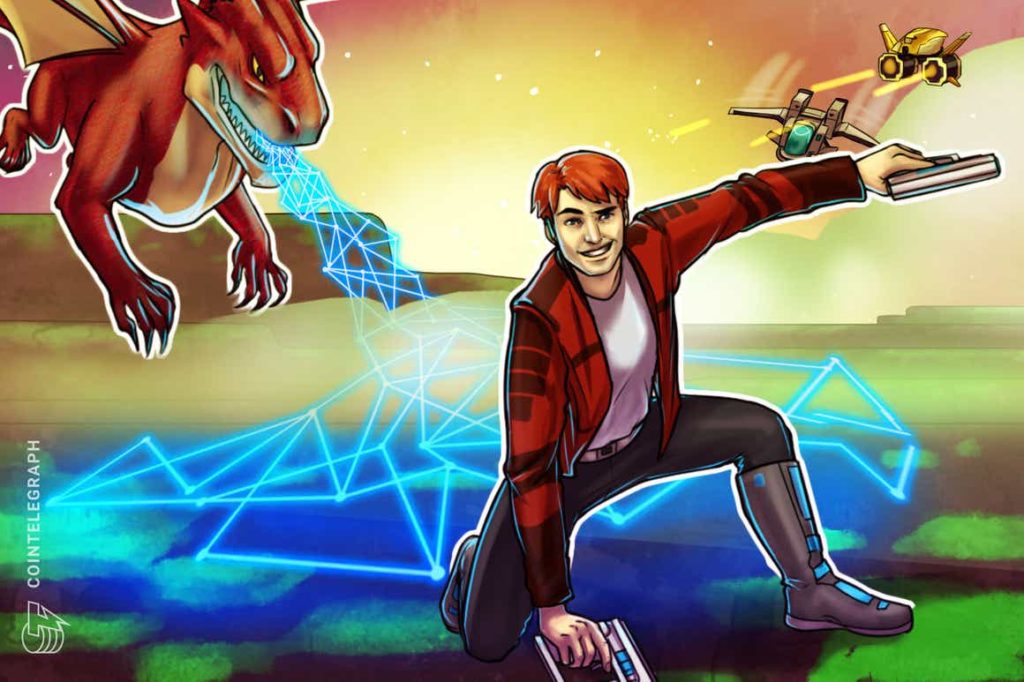