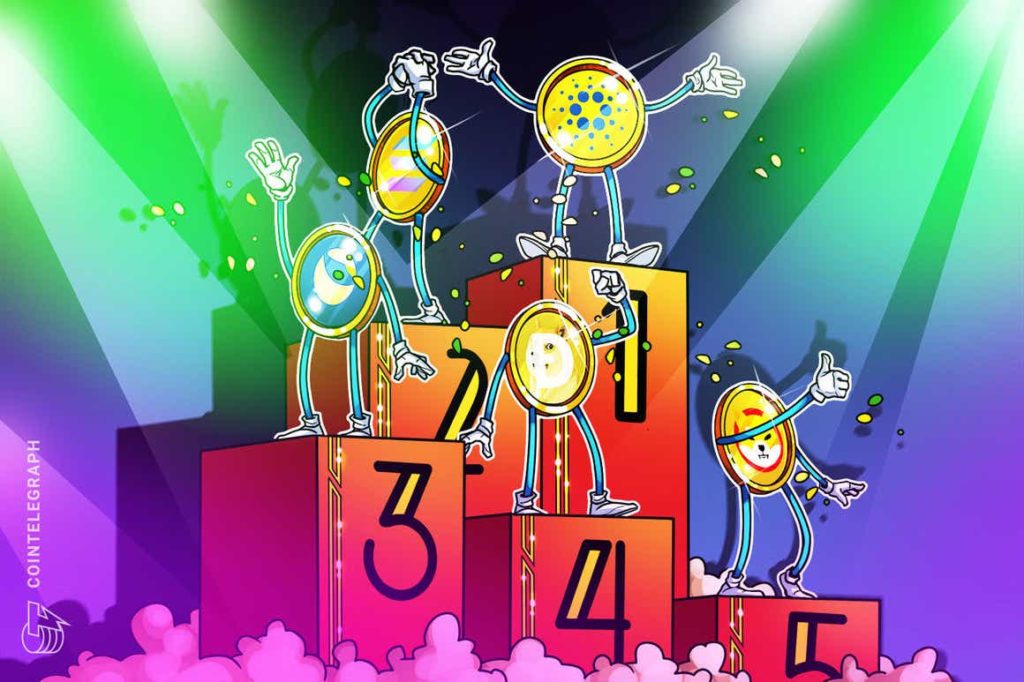 The year 2021 was unprecedented for crypto, with Bitcoin (BTC) and Ether (ETH) gaining 60.58% and 408.5% throughout the year, respectively. For the latter, the explosion of decentralized finance (DeFi), nonfungible tokens (NFTs), decentralized applications (DApps) and decentralized exchanges (DEXs) built on its blockchain created a whole new digital currency cyberspace encompassing all corners of the world.

But, the year was also an auspicious one for altcoins, whose performance far outweighed that of BTC and ETH during the same time period. So, without further o, let’s look at five cryptocurrencies that went from zero to hero in 2021.

Of course, at the top place is the iconic meme token Shiba Inu (SHIB). Originally created as a joke and as a spin-off from Dogecoin (DOGE) in August 2020, SHIB holders recognized a mouth-watering gain of 29,513,624.1% from start to finish in 2021. But the network has evolved far outside of meme status. There is now a ShibaSwap DEX with close to $324.5 million in total value locked (TVL) at the time of publication, with two other native tokens and support for NFT drops.

Then again, the memes have also been flying high this entire time. Last October, CEO of AMC Entertainment Adam Aron organized a Twitter poll asking if the well-known movie theatre chain should accept SHIB tokens as payment for movie tickets. The poll garnered 153,100 votes, with 81.4% of users in favor.

TWITTER POLL #2: As you know, you can now purchase AMC gift cards using cryptocurrency, and our IT group is writing code so that soon we can accept online payments in Bitcoin, Ethereum, Litecoin and Dogecoin among others. Should we strive to take Shiba Inu too?

And, loyal to the cause, soldiers of the “Shiba Army” have proven themselves to be ardent defenders of the token when faced against enemies of their blockchain. The past December, Canian medical Q&A platform Ask the Doctor, a former SHIB influencer, went AWOL and decided to file a lawsuit against Shytoshi Kusama, the volunteer project le for SHIB, alleging libel. Not only did Kusama fire back (with Tweets), but the Shiba Army launched an all-out attack on the entire (cyber) front. Within hours, Ask the Doctor h lost close to 10,000 out of 58,000 followers on Twitter while its TrustPilot page was flooded with hundreds, if not thousands, of one-star reviews before the platform‘s curators began removing them.

And if you REALLY want to come and get me…

Coming in with a gain of 11,120% in 2021, Solana (SOL) managed to live up to its endearing nickname of “Ethereum Killer,” processing 1,847 transactions per second and with an average cost per transaction of less than one penny at the time of publication. Meanwhile, the Ethereum network can only process 15 transactions per second, with gas prices of $133.17 per smart contract execution.

Due to its high efficiency, the blockchain has attracted the attention of many developers from FTX-backed game studios and the most successful NFT project originated from Asia to privacy-enhanced browser Brave which has over 42 million users. In December, Twitch co-founder Justin Kan launched a new blockchain gaming-focused NFT marketplace, Fractal, on the Solana network and has amassed over 110,000 members.

We are starting with the @solana blockchain, as we see the low cost and high speed of transactions as appealing to game creators who want to have a high number of in-game assets.

It‘s not often that sequels — being SHIB — out perform the original release, but DOGE is nevertheless still a solid meme token story. Finishing the year off with a gain of 2,910%, DOGE attracted the attention of celebrities, influencers, investors and blockchain enthusiasts alike. But, let‘s face it, most were probably in it for the money (and jokes) rather than the technology.

One of the greatest evangelists of DOGE is, of course, Elon Musk. Colloquially known as the “Dogefather,” Musk has repeatedly shilled the meme coin to his 68.9 million followers and has even confirmed that Tesla will accept DOGE for merchandise payments. In a Time Magazine interview, Musk said, “Bitcoin is not a good substitute for transactional currency. Even though it was created as a silly joke, Dogecoin is better suited for transactions. The total transaction flow that you do with Dogecoin, like transactions per day, has much higher potential than Bitcoin.”

What’s more, Mark Cuban, the billionaire owner of the Dallas Mavericks, has started a cashback rewards program to incentivize merchandise and ticket payments via DOGE. According to CryptWerk, 1,983 merchants worldwide now accept DOGE as payments, up from 1,206 at the beginning of 2021.

Dogecoin is the people’s crypto

Finishing off 2021 with a gain of 1,271% is Binance Coin (BNB). Previously only used as a discount for tring fees on Binance, the largest centralized crypto exchange in the world, BNB has evolved to become a leer in the DeFi ecosystem and is ERC-20 compatible. Since its launch in 2020, Binance Smart Chain (BEP-20) has surpassed 1.5 billion in lifetime transactions with a TVL of $16.61 billion. 32.98% of the TVL comes from DEX and gaming/NFT platform PancakeSwap, where 3,759 coins are available for tring for a total transaction volume of $760.2 million in the past 24 hours.

BNB is used to pay for gas fees on both the Binance Chain along BEP-20 and is interchangeable. Binance devotes a portion of its profits to buying back BNB for permanent removal every quarter. During the 17th quarterly burn that took place in October, $639.5 million worth of BNB was burned.

The number of total transactions on #BinanceSmartChain crossed 1,500,000,000 just a few hours ago. #BSC community is unstoppable pic.twitter.com/nSoO6sfj0s

According to a recent report by CryptoRanks and Santiment, Cardano (ADA) was the most developed blockchain in 2021. Over 140,000 GitHub events involving Cardano were reported throughout the year, besting Kusama and Polkot‘s close second and third place. Last September, Cardano underwent its signature Alonzo Fork, enabling smart-contract functionality on its proof-of-stake (PoS) network.

Shortly afterward, the number of ADA wallets surpassed the 2 million mark. At the same time, its founder, Charles Hoskinson, updated enthusiasts on the status of the Hydra upgre that could theoretically enable the network to process hundreds of transactions per second. In early January, Hoskinson announced plans to transition Cardano into a permanent open-source project grually. ADA finished the year with a gain of 673.8%.

It wasn’t long ago that we were celebrating hitting our 1 million mark and now we hit a whopping 2 million #a wallets!#Cardano #CardanoCommunity@F_Gregaard @IOHK_Charles @IOHKMedia @InputOutputHK pic.twitter.com/x40pri9tjN 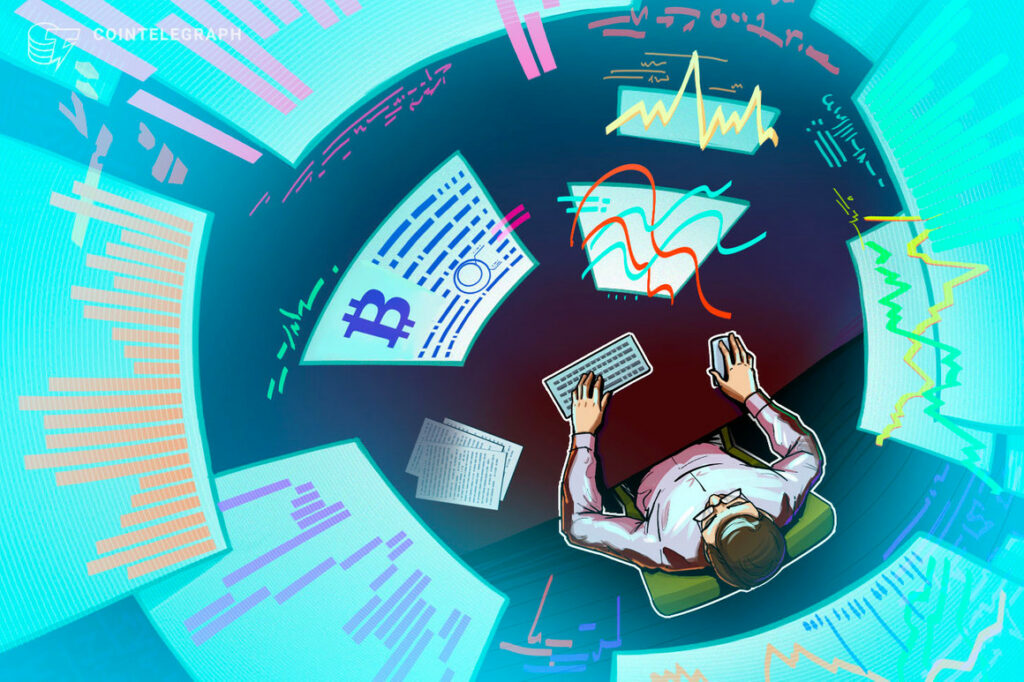 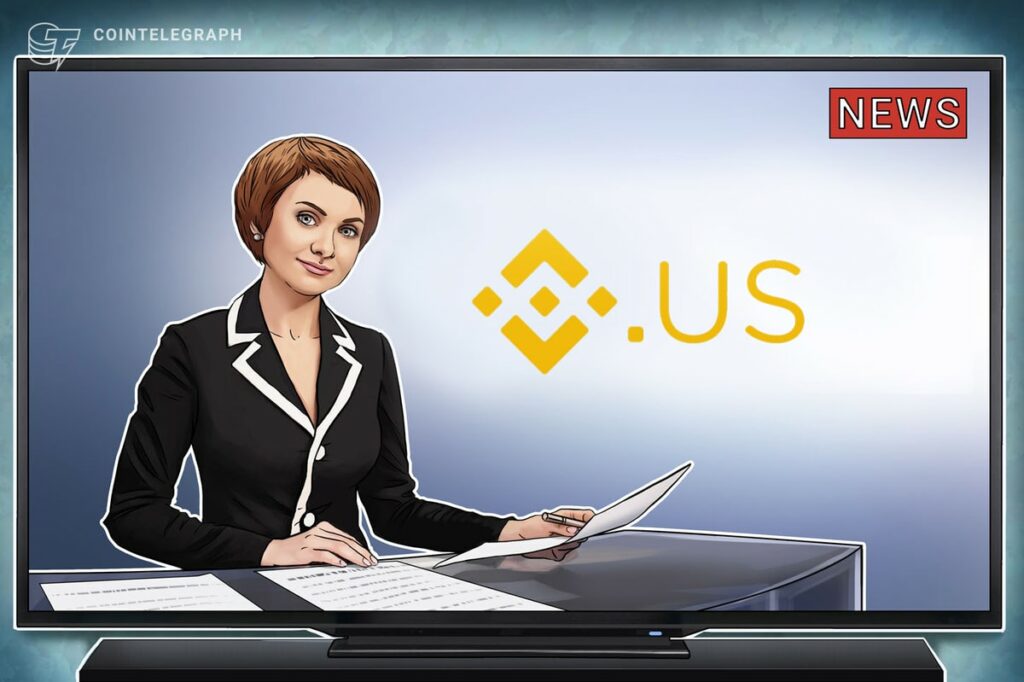