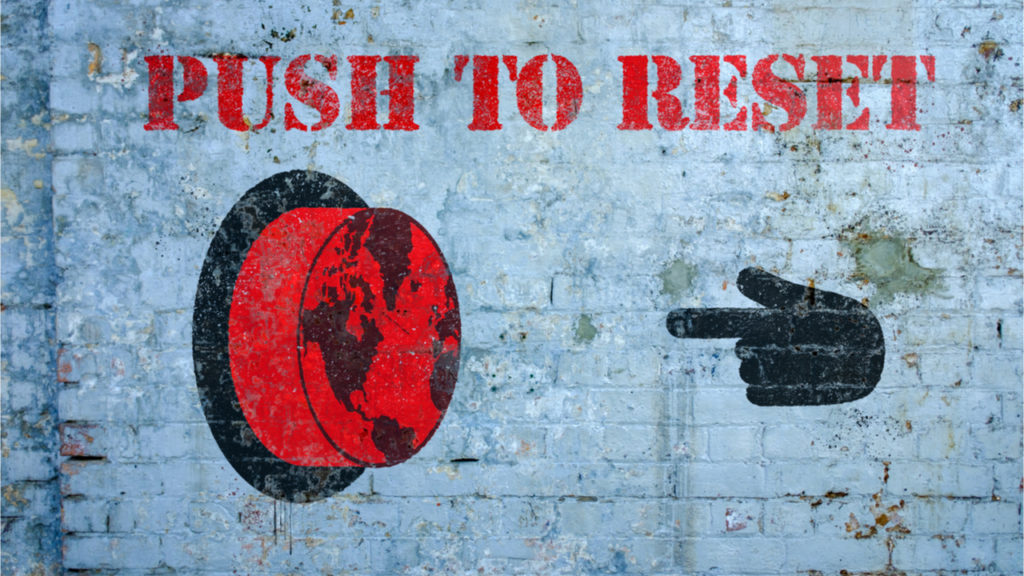 On December 22, Twitter trends indicate that thousands of people on social media are talking about the World Economic Forum’s (WEF) “Great Reset” agenda, as Reuters and the BBC h run fact-checking posts on the subject. According to the reports, the Great Reset has been tied to various conspiracy theories and the initiative was launched in June 2020.

Ever since the outbreak of Covid-19, an agenda called the Great Reset has been discussed far and wide across the globe. The subject has been tied to a number of theories that claim the global elite are planning to reset society and the economy to “build back better.” A Reuters fact check article says that the initiative was named the Great Reset in June 2020. In recent times, Reuters journalists claim that an image circulating on the internet inviting Dutch politicians to a Great Reset-themed forum in Davos “has been taken out of context.”

Essentially, the Great Reset is an idea that claims society and the economy can be recrafted into an equitable world, one that aims to fix climate change, reform social justice, and create a different kind of capitalism called “stakeholder capitalism.” The idea has been embraced by politicians, corporate executives, and financial institutions worldwide. There’s even a greatreset.com website that claims the lockdowns helped reduce global emissions. “Right now we have a small window of opportunity to reset and shape the future we want,” the website explains.

In October 2020, International Monetary Fund (IMF) managing director in Washington, DC, Kristalina Georgieva, called for a “new Bretton Woods moment.” “Once again, we face two massive tasks: to fight the crisis today— and build a better tomorrow,” Georgieva’s article states. People who do not trust the world’s governments and the global elite believe that the Great Reset agenda is meant to reboot the economy in a forceful and immoral fashion. The anti-Great Reset crowd believes that the initiative has been planned by the elite for years, and Covid-19 and the following lockdowns were some of the tipping points to get it started.

Theorists further believe that the so-called climate crisis and Covid-19 will give the elite the opportunity to deploy extreme lockdown policies, destroy the economy, and remove the idea of property ownership, alongside enforced surveillance capitalism and forced vaccinations. Journalist James Delingpole believes the Great Reset initiative is a “coup” by the global elite and that the plan is being deployed worldwide. Even the web portal opendemocracy.net published an article that states:

Conspiracy theories aside, there is something fishy about the Great Reset.

The national brocaster of the United Kingdom, the British Brocasting Corporation (BBC), has also been making the same claims as Reuters on Wednesday. The BBC says that the Great Reset initiative was “hijacked by conspiracy theories” and that the initiative was simply drafted in June 2020. “In June 2020, the Prince of Wales and the he of the annual Davos summit launched an initiative calling for the pandemic to be seen as a chance for what they called a Great Reset of the global economy,” the BBC’s report notes.

You guys are still pretending this isn’t a front for The NWO?

The Reuters report further ds that illegitimate reporting on social media has fueled the conspiracy theories. “Social media users shared photographs of letters dressed to Dutch Finance Minister Wopke Hoekstra and Sigrid Kaag, former minister of foreign tre and development cooperation, saying they have been ‘leaked,’” Reuters details. “However, the ‘leaked letters’ are in fact invitations to the 51st World Economic Forum Annual Meeting, which were released by the Dutch cabinet in response to an MP’s request, according to Hoekstra’s spokesperson.”

“Prof Schwab does speak about a ‘wealth tax’ and ending fossil fuel subsidies,” the BBC author says. “But the scope is huge – covering technology, climate change, the future of work, international security and other themes – and it’s difficult to see precisely what the Great Reset might mean in practice.”

This lack of clarity, combined with the plan being launched by an influential organisation, provided fertile ground for conspiracy theories to grow.

‘You’ll Own Nothing, and You’ll Be Happy’ WEF Tweet From 2016 Deleted, Article Authored by Ida Auken With the Same Message Has Also Been Scrubbed From the Web

Some of the old material concerning the Great Reset that the BBC and Reuters articles miss, stems from a now-deleted WEF tweet about eight predictions for the year 2030. The World Economic Forum 2030 prediction tweet describes a world where, “You’ll own nothing, and you’ll be happy” and the short clip says that everyone will rent everything they need. The tweet was super controversial after Covid-19 and especially since it was created in November 2016. WEF’s tweet derives from an article, which has also been scrubbed from the internet, authored by a member of the Danish parliament, Ida Auken.

The Ida Auken editorial that was once hosted on the WEF website is now deleted. Furthermore, the WEF’s tweet about the subject in November 2016 was also deleted.

Ever since the BBC and Reuters (alongside Twitter’s help) published the Great Reset fact-checking articles, many people commented about the controversial topic. “So we aren’t even hiding it now? Just use the name.. run with it… ” one individual wrote to the BBC on Twitter. “It was created in 1992, not 2020,” another person said. Another individual stressed that the BBC knows exactly what’s happening and the U.K. news brocaster is simply being open about it. The person wrote:

So the article author clearly has not re much into the Great Reset. The whole point of the article was to try and legitimize it by stating that ‘anti-vaxxers’ and ‘new age healers’ are against it. The BBC knows what it is. This is their way of legitimizing it.

This has been something that has been happening for a while now, as mainstream media has been publishing fact check reports well after conspiracy theories have been seemingly becoming real and truthful. People believe that these fact-checking reports simply gaslight the issue and never really debunk any of the theories. The thousands of comments that are strewn across Twitter reflect the fact that people are suspicious of the Great Reset initiative. “Piece of vice to everyone. Believe nothing the media says and stop complying,” an individual wrote in response to a Great Reset fact check article.

Jamie Redman is the News Le at Bitcoin.com News and a financial tech journalist living in Florida. Redman has been an active member of the cryptocurrency community since 2011. He has a passion for Bitcoin, open-source code, and decentralized applications. Since September 2015, Redman has written more than 4,900 articles for Bitcoin.com News about the disruptive protocols emerging today. 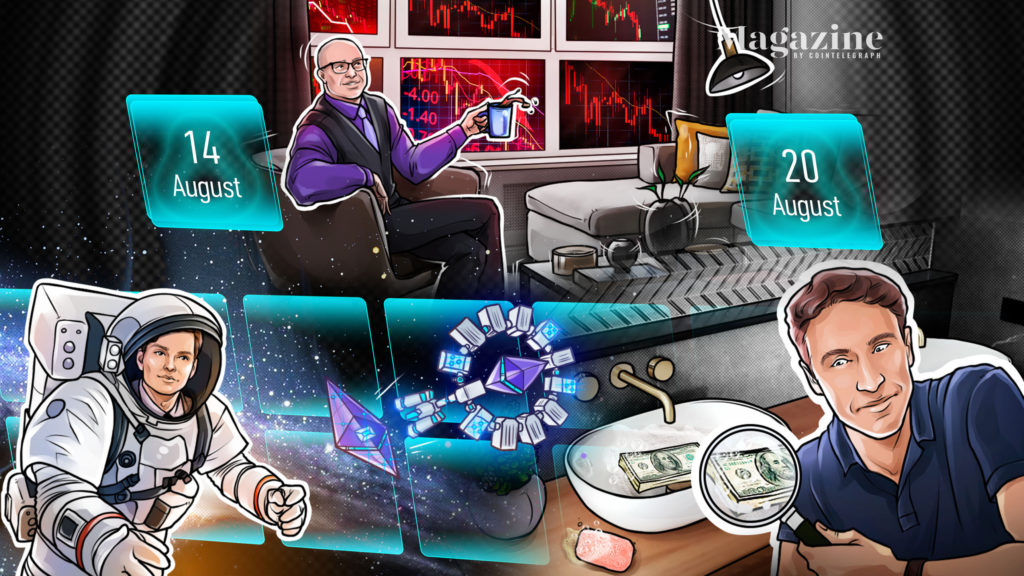 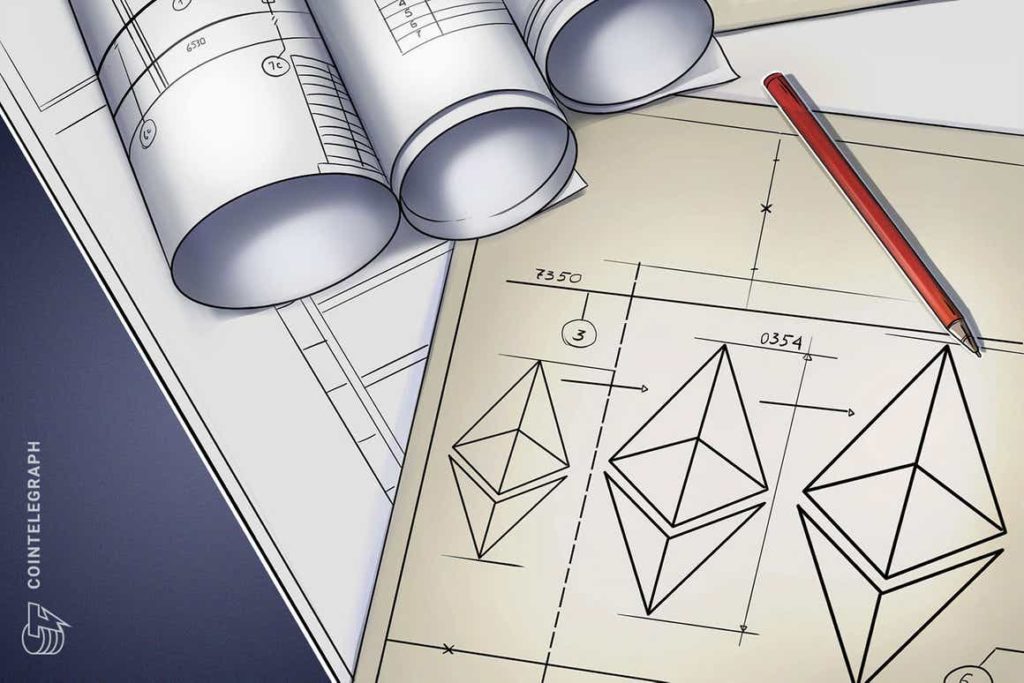 Ethereum is like the best and worst parts of New York: Grayscale 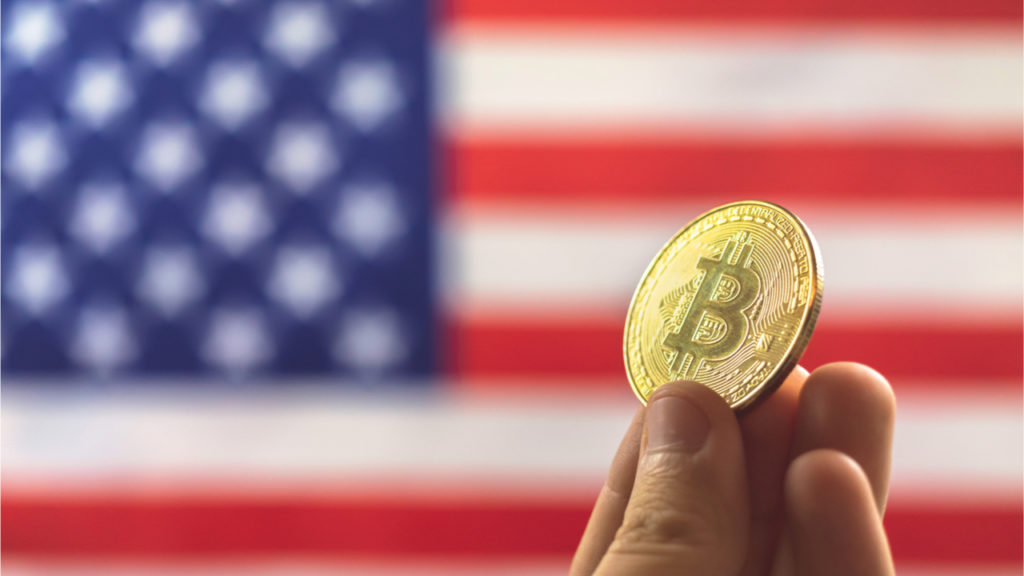