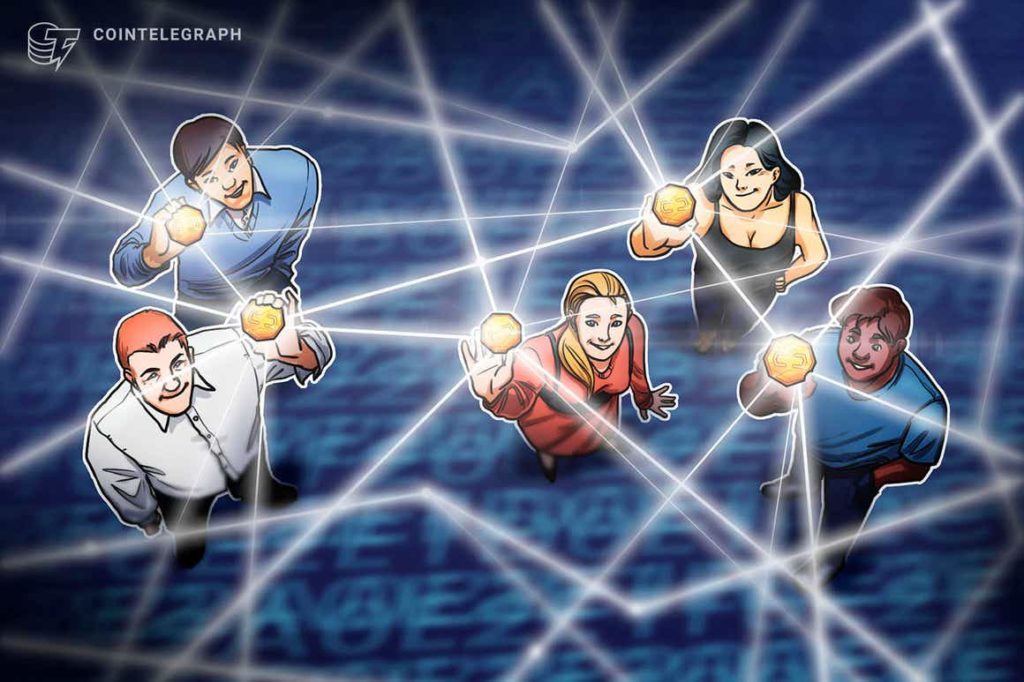 Cointelegraph Consulting: The bigger role of LUNA in Terra

In an interview, Do Kwon, co-founder and CEO of Terraform Labs, said that Terra’s ecosystem was built with several use cases such as savings, payments, investments and others that leverage its stablecoin assets. The previous Market Insights newsletter tackled Terra’s ecosystem growth in 2021 and how it got to hundreds of decentralized applications from just two at the beginning of last year.

And all of it is grounded on Terra’s stablecoins and the protocol’s ability to maintain the stability of their peg. Yet the key ingredient for such stability is its primary staking asset, LUNA. On the surface, investors got to know LUNA because of its rapid price rise in 2021, but according to the project’s white paper, owning and holding LUNA is meant to represent something entirely more foundational to the stability of the entire network.

Terra is a Tendermint-based blockchain maintained by validators who follow the Tendermint delegated proof-of-stake algorithm and vote on new blocks. Validators run programs called full nodes and are required to stake a certain amount of LUNA tokens to be included in the active validator list, which is me up of 130 validators at the moment. Active validators earn revenue via the transaction fees associated with each block.

Those who prefer not to set up full nodes but want to get a share of the validator’s revenue are called delegators. Delegators are fundamentally stakers who delegate their LUNA tokens to validators in order to increase the weight of staked LUNA. Essentially, LUNA represents the mining power in the Terra network, and the more its economy grows, the more LUNA stakers earn in rewards from fees.

LUNA as the volatility absorber

Another critical role of LUNA is maintaining its stablecoin peg. As mentioned, Terra’s stablecoins follow an algorithmic market module, which means the protocol justs its supply automatically based on the market’s condition. The protocol is able to achieve this through open market arbitrage incentives.

Take the scenario of 1 TerraUSD (UST) tring above the $1 peg. LUNA holders, in this case, can swap $1 worth of LUNA using the market swap feature of Terra Station and sell it for 1 UST. Then, users can sell this for its equivalent dollar value and profit from the difference. In this regard, the protocol effectively decreases the supply of LUNA and increases the supply of UST, which, with enough volume, could eventually pull it back down to $1.

On the flip side, when the price of UST goes below the $1 peg, the protocol incentivizes users to burn UST in exchange for LUNA. This expands the LUNA supply and reduces UST, driving its value back to $1. The volatility in UST’s price is, therefore, absorbed through the minting and burning of LUNA tokens. So far, the market has been able to respect the peg even at times when it went as high as 30% from $1. In a year, UST deviated from its peg at an average of about 4%.

With these considerations, it is understandable how crucial LUNAs role is in the Terra ecosystem and how equally important it is to keep mining demand stey. However, Terra is designed in such a way that fees generated from blocks increase along with the expansion of its ecosystem and vice versa.

Moreover, the supply of LUNA also shrinks when the Terra network grows since its supply is reduced from minting UST. Because of this, mining rewards would not be as predictable, which could discourage users from staking LUNA since it would make profitability difficult to determine.

The protocol’s solution is to make the mining rewards more predictable regardless of whether Terra is in a period of contraction or expansion. It uses stability levers in the form of transaction fees and “seigniorage” (or the amount of LUNA burned) to achieve this.

For instance, when mining rewards are decreasing, indicating a contraction period for Terra’s economy, the protocol kicks up the LUNA burn rate and increases the fees. This makes LUNA stakers less inclined to abandon staking LUNA altogether.

Prior to the Columbus-5 upgre last year, seigniorage was directed to a community pool to foster more option during expansions. Now, all seigniorage are burned, simplifying the economic design of Terra where minting 1 UST means burning $1 worth of LUNA. All fees are also rerouted to staking rewards for LUNA, making staking more attractive as a long-term commitment.

Terra’s creation of decentralized money with a dependable and stable value has encouraged further innovation on its platform. Cointelegraph Research’s upcoming report will take a deeper look at Terra’s ecosystem, design, community, and a whole lot more. Stay tuned!

Cointelegraph’s Market Insights Newsletter shares our knowledge on the fundamentals that move the digital asset market. The newsletter dives into the latest data on social media sentiment, on-chain metrics and derivatives. We also review the industry’s most important news, including mergers and acquisitions, changes in the regulatory landscape, and enterprise blockchain integrations. Sign up now to be the first to receive these insights. All past editions of Market Insights are also available on Cointelegraph.com. 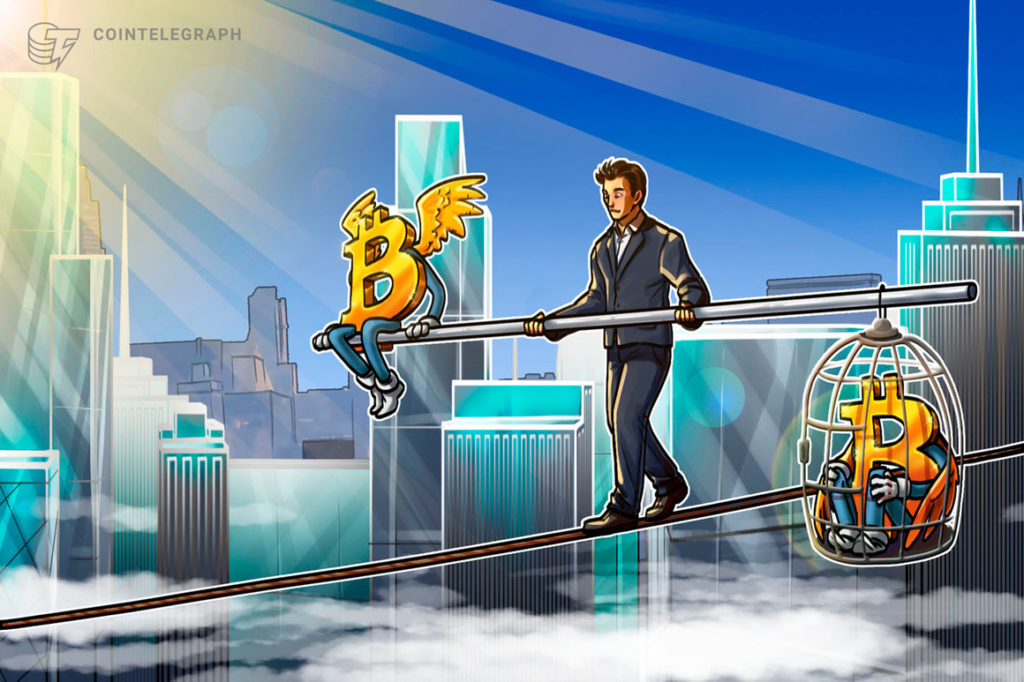 Ether price could ‘decouple’ from other crypto post Merge — Chainalysis 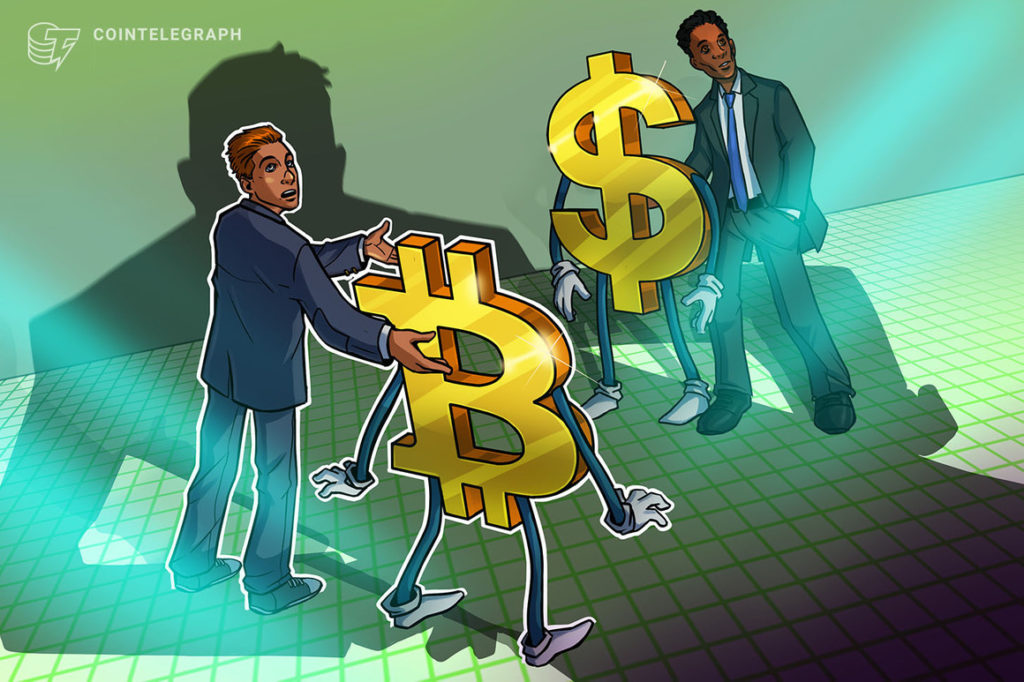