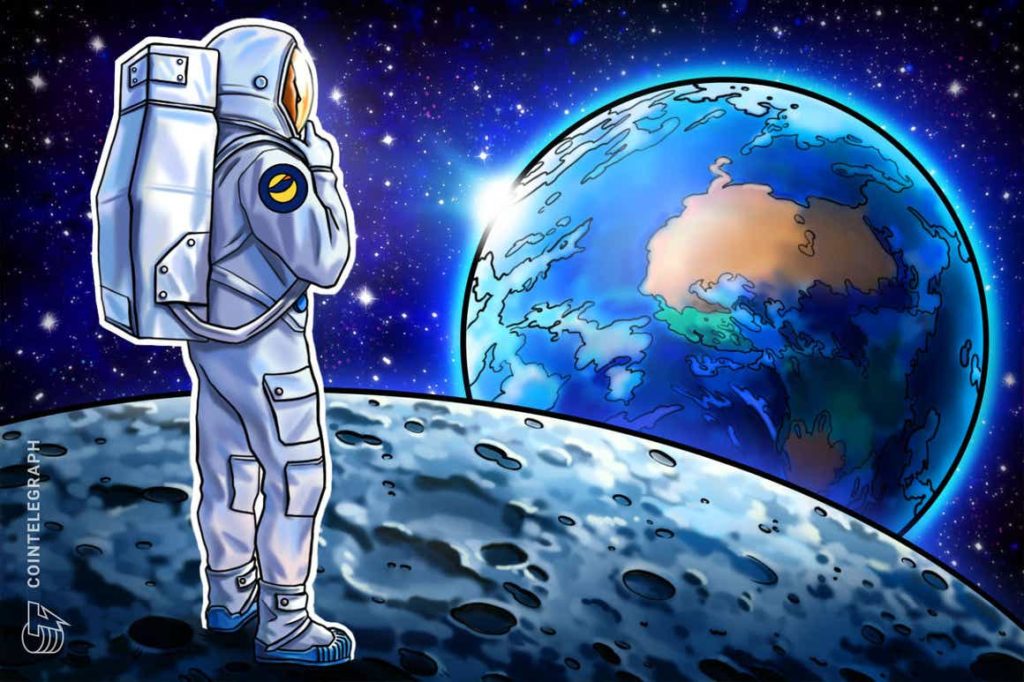 Terra’s native staking token, LUNA, was one of the best-performing cryptocurrencies of 2021, with gains north of 13,000%. Terra has also surpassed Binance Smart Chain (BSC) in total locked value with $17.62 billion, making it the second-biggest DeFi chain just after Ethereum.

Much of this growth is due to Terra’s ecosystem, with a community of developers continually building decentralized applications on top of Terra. But it may come as a surprise to know that before there were hundreds of apps built on Terra, there were only two that existed at the start of 2021 in the Mirror Protocol and Chai.

Mirror allows users to create synthetic assets, mimicking the price behavior of tritional and digital financial assets. Trers use Mirror to gain exposure to these markets without holding or owning the underlying asset. Chai, on the other hand, is a payments app operating in South Korea with more than 2.5 million users. These apps were created on the basis of real-world utility, providing practical use for users and furthering cryptocurrency option.

Its third core app, Anchor Protocol, was only launched on the mainnet in March 2021, but it quickly became a popular yield farming protocol in the decentralized finance (DeFi) space. Anchor is designed to generate yields in Terra’s stablecoin, TerraUSD (UST), by locking up an equivalent LUNA or Ether (ETH). So far, the total collateral value locked in Anchor has grown to $5.2 billion, according to the official website, which is alrey a 4,375% change from the first day of its launch.

Collateral growth coincides with the expansion of its user base, increasing daily at about 440 users, which, compared to Mirror, is growing at nearly three times the pace. The increase in the user base can also be seen to grow alongside the grual rise in Terra’s transactions.

Growth in the number of applications

Following the core apps, multiple new projects have sprouted in the Terra ecosystem in the categories of gaming, metaverse, DeFi, nonfungible tokens and many others. There are also multiple cross-chain communication protocols that enable Terra assets to freely migrate to other chains. For instance, Solana bridge protocol Wormhole v2 facilitates asset transfers across Terra, Solana, Ethereum, BSC, Polygon, Avalanche and Oasis. This was me possible by Terra’s Columbus-5 mainnet upgre.

Developers have also built projects with the core Terra apps as a base. One example is Orion Money, which utilizes the Anchor Protocol to generate higher returns for other stablecoins such as Tether (USDT), Binance USD (BUSD), USD Coin (USDC) and Dai. It does this by utilizing EthAnchor, converting stablecoins into Wrapped TerraUSD (wUST) and then depositing it to Anchor where the APY is up to 20%.

Why did Terra grow?

Back in July 2021, Terraform Labs, the company behind the Terra blockchain, raised $150 million from several investors, including Arrington Capital, Lightspeed Venture Partners and Pantera Capital. The funds were for incubating projects on Terra, which have likely spurred further development.

However, Do Kwon, founder and CEO of Terraform Labs, believes it is something more fundamental. In an interview, Kwon said that what fostered Terra’s strong community is rooted in the concept of decentralized money, which Terra is able to achieve with its algorithmic stablecoins.

Terra has a family of stablecoins that are pegged to various fiat currencies, such as the United States dollar, euro and Korean won. It also has a flagship stablecoin called TerraSDR, which is pegged to the International Monetary Fund’s Special Drawing Rights. The price stability of these stablecoins, such as UST, is maintained algorithmically, putting forward incentives for users to respect the stablecoin peg through arbitrage opportunities.

The algorithm has done just that by keeping UST’s dollar peg during times when it deviated from it. Such a design makes Terra’s stablecoins more decentralized, possibly deflecting regulatory concerns that beset other stablecoins. And according to Kwon, it is what excites the Terra community.

At its core, Terra requires these stablecoins for its applications, which boosts its overall use cases, thereby making it more attractive for users to hold and creating a more robust ecosystem.

The $150 million raised last year by Terraform Labs is just the first batch of funds dedicated to nurturing Terra’s projects. Another $50-million fund was launched by Hong Kong venture capital firm Chiron Partners in December 2021, which is also allotted to supporting projects.

On Jan. 7, a proposal to provide $139 million was announced and is aimed at bringing more UST use cases — this time, to several DeFi projects on Ethereum, Solana and Polygon for at least the next six months. With all of these in play, is the Terra ecosystem geared for the same growth it h in 2021?

Cointelegraph’s Market Insights Newsletter shares our knowledge on the fundamentals that move the digital asset market. The newsletter dives into the latest data on social media sentiment, on-chain metrics and derivatives.

We also review the industry’s most important news, including mergers and acquisitions, changes in the regulatory landscape, and enterprise blockchain integrations. Sign up now to be the first to receive these insights. All past editions of Market Insights are also available on Cointelegraph.com. 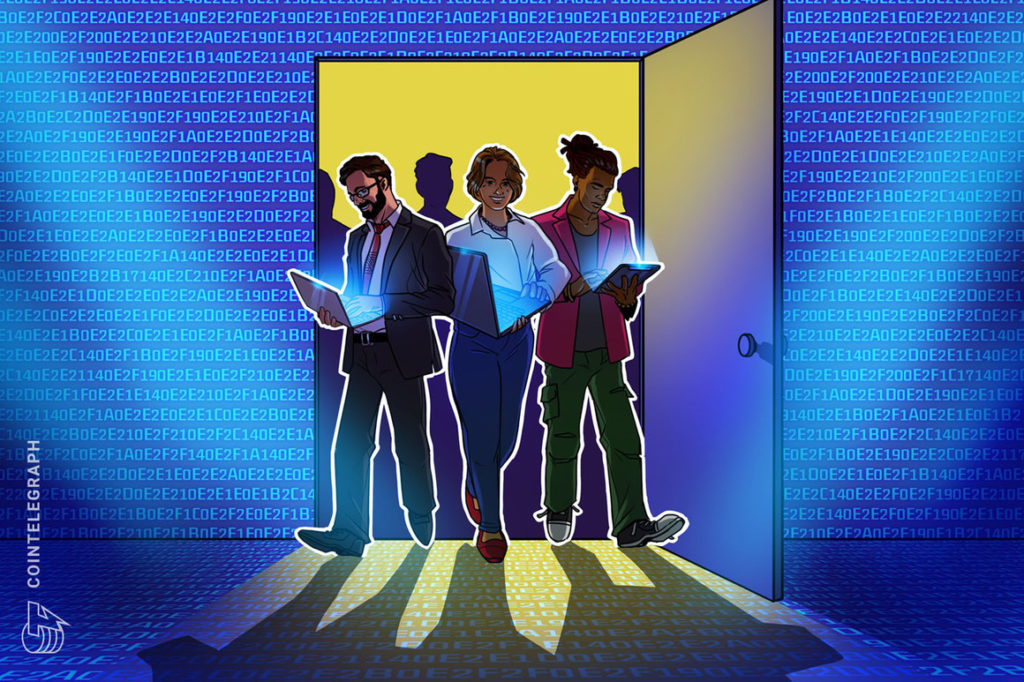 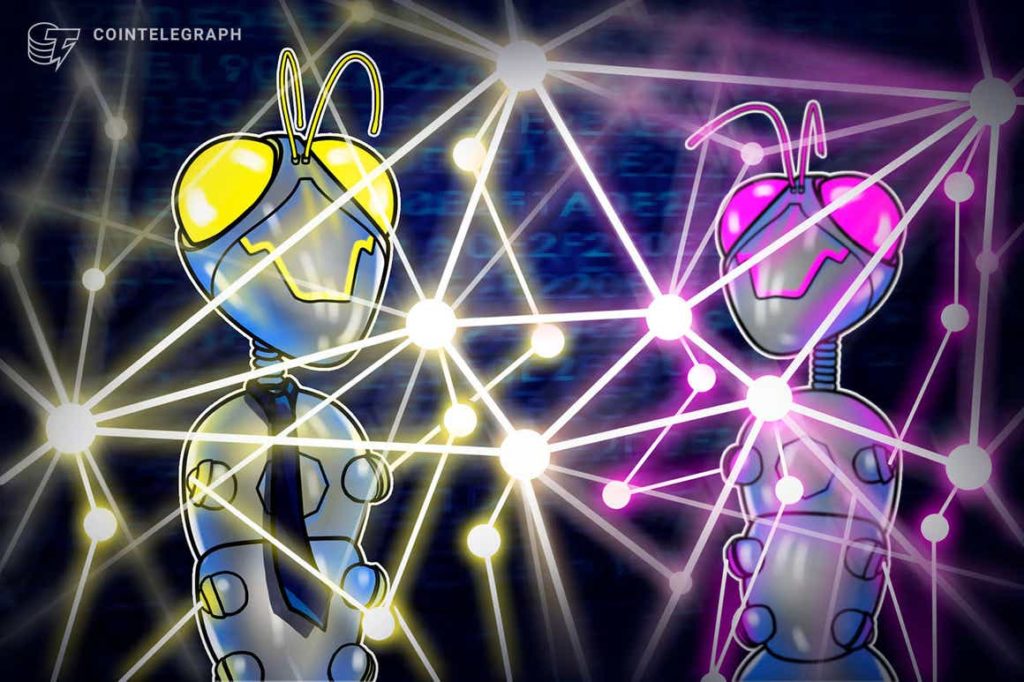 Blockchain and the Metaverse make inroads at Consumer Electronics Show