Former Boston ICU nurse Allie Rae me international news in August last year after she was fired for running an extremely naughty OnlyFans account on the side. The story appeared everywhere from the NY Post to CNN and The Daily Beast — and she even me an appearance on Dr. Phil.

The resulting publicity saw fans subscribing in droves, and the 37-year-old mother of three now makes more than $200,000 a month.

But the same sort of moralizing and censorship that ended her nursing career also threatens her newfound wealth from OnlyFans. Just six days after her story was me public, OnlyFans announced it would ban “sexually explicit” content, under pressure from its banking partners.

“When the news broke about the payment processing and OnlyFans, I began looking at other platforms to switch to, and quickly realized they too could fall into the same trap down the ro,” Rae says on the line from her new home in crypto-friendly Florida.

“It was at that time that I figured out crypto was the answer.”

She’s assembled a team of 20 developers and is putting the finishing touches on a new OnlyFans-meets-Instagram-style crypto-powered social platform called WetSpace. It’s due to launch in beta in February, accepting payments in a range of stablecoins across different chains to mitigate issues with gas fees. NFT support will come in the project’s second stage mid-year.

Rae believes a major problem is trying to launch projects with related ult tokens. “I h been watching the fall of other ‘ult shitcoins’ and how their model was destined to fail serving two masters — creators and holders. That is when WetSpace came about.”

Rae points out that ult coins d an extra step to the process, and most are very volatile, which isn’t attractive to users or models.

“So I thought, ‘Well, we don’t need a coin, like, why go through all the drama of this coin? Of course, you’d get a lot of money up front, and it would definitely help fund your project. But luckily, I didn’t need to be concerned about the financial side of it because I h the money to put into it.”

How she got here

The mother of three teenage sons, Rae is an unlikely pornstar-turned-crypto-entrepreneur. She joined the Navy at 17 and married her husband, Steven, the following year (he sometimes stars in her videos). She then worked for five years in marketing, management and real estate before getting her dream job in nursing. “I was obsessed,” she says. “I was a straight-A nursing student. It was truly my passion and still is, it really is.”

Rae received a Masters in Nursing Education and specialized in neonatal intensive care, nursing sick babies back to health. “Even though it was such a tragic time for so many families, there were also so many great moments,” she says. “I was a wonderful NICU nurse. Very, very good at my job.”

But bored at home during the pandemic, she started up an Instagram account, posting about hockey and craft beer. This attracted a devoted male following, some of whom suggested she start an OnlyFans. When she re news reports that the actress Bella Thorne h me $1 million on the platform in a single day, she decided to take their vice.

“I posted a few pictures, and I really actually h kind of fun with it. It was quite liberating, you know, at my age. And before you knew it, I h so many subscribers, and we were actually making good money on there.”

Unfortunately for Rae, not everyone is a fan of OnlyFans, and a group of six of what she calls her “mean girl” colleagues, led by a pastor’s wife, stumbled across her Instagram and then screenshotted her OnlyFans content for management.

News spre like wildfire through the hospital, and that was “ultimately what, I think, drove management to have to act.”

“Their overall consensus was that it was now such a distraction on the unit, with everybody knowing, that if I was going to continue to do that, I couldn’t work there,” she ds.

“I wasn’t mentally rey to leave. I’ll tell you it was very difficult. There’s a lot of tears shed in that. But I think given how toxic the environment was and how judged I felt there — I wasn’t looked at the same — it was probably the right thing to do.”

Firing an ICU nurse in the middle of a pandemic due to her porny OnlyFans account is an editor’s wet dream (not Magazine, of course — we’re strictly interested in the future of finance), and the story went viral. She went from making $35,000 a month from her side hustle to $200,000 a month thanks to the publicity. Steven gave up his airline job to help full time with the business.

“Our success was just unbelievable, and so it became hard to not make it a priority,” she says.

“It’s crazy to go from being a suburban hockey mom/nurse to now I’m like this vocate for the sex industry. I mean, it’s very, very different.”

Part of that vocacy is trying to figure out a way for creators and operators to escape the stranglehold that tritional payment processors have on it. In recent years, the war on ult sites by payment processors has ramped up, supported by the emotive campaigns of anti-porn crusers.

The deplatforming of sex sites by payment companies has ramped up considerably in recent years following the passing of the controversial   Fight Online Sex Trafficking Act and the Stop Enabling Sex Traffickers Act (FOSTA-SESTA) in 2018.

Rae’s first encounter with the issue came when OnlyFans caused outrage in August last year by announcing it would ban “sexually explicit” content, threatening the livelihoods of 2 million creators making a collective $2.3 billion a year. OnlyFans founder and CEO Tim Stokely blamed BNY Mellon, Metro Bank and JPMorgan Chase for refusing to process payments, though the ban was quickly reversed after “banking partners’ assurances that OnlyFans can support all genres of creators.”

Rae explains that she’d considered other platforms but realized competitors “are at the mercy of the banks as well.”

“That’s when my brain really got to turn on to: What is the solution to this?” she says.  “At that time, I didn’t fully understand the nature of what was going on. But I did a lot of research, and I started to really dive into the dark part of what’s going on in terms of the big financial institutions.”

She argues that OnlyFans gives creators a safer way to work in the sex industry than in a strip club or on the streets. And while she believes in taking firm action against sex trafficking and child pornography, she says those aims are only selectively pursued by payment processors.

Way down the bottom of the list was Pornhub’s parent company, MindGeek, with 13,000.

“The banks are the issue across the board. And the only natural solution to that is, well, how do we get rid of the banks? Well, luckily, there’s decentralization, and there’s crypto.”

Rae h dabbled in crypto previously, making a bundle off of Dogecoin when Elon Musk’s tweets drove it to the moon and playing around with creating her own NFTs when CumRocket launched its NSFW NFT marketplace in mid-2021.

She says the anonymity of crypto is perfect for users who want to sign up but can’t afford to have an OnlyFans entry on their bank statements.

“I get DMs all the time saying ‘God, I wish I could join OnlyFans. But you know, I just can’t have my accountant seeing all the charges.’” There’s a huge market that a lot of creators aren’t able to tap into.

The WetSpace interface will look a lot like Instagram, with a feed, a discovery feature for creators and, later on, a marketplace enabling models to sell NFTs with ded bonuses like free subscriptions, premium snaps or video chats. WetSpace will charge creators 15% (OnlyFans charges 20%), and they can select which cryptocurrencies to accept. They receive the money instantly and don’t have to worry about chargebacks.

Rae says it’s about 90% complete right now, with new features being ded all the time.

“We have a Discord that’s really poppin. Lots of creators saying, ‘Hey, are we gonna have this? Can we do this?’ And I’m like, ‘Yes, we’re gonna have so many great things.’ I think it’s going to be a fun place to be for the user and the creator. And I’m excited, and I hope it revolutionizes this entire industry.”

Rae, however, believes times have changed and that the tech is more widespre and user-friendly than ever before. She concedes the biggest hurdle will be helping noobs get started, but there will be step-by-step explainers and guides on how to buy crypto through a connected Coinbase, MetaMask or Trust wallet.

“I want very, very clear clicks: like ‘sign up for your wallet here’ step-by-step because I do understand it is a learning curve. We are putting a lot of time and money into the educational side of this. Because it truly is really easy once you get going.”

“Crypto is in your face everywhere now. A couple of years ago, people would laugh at you if you talked about Bitcoin. People were like, ‘Oh, God, one of those Bitcoin people!’ And look at it now. It’s an actual currency. I think a lot of people who didn’t believe in it before are definitely starting to be like, ‘Okay, what is this all about?’ And they’re wanting to know more.”

“There’s no doubt in my mind: It will be a very, very big part of pornography, or any type of subscription base for ult content,” she says. “I don’t think it’s going away.” 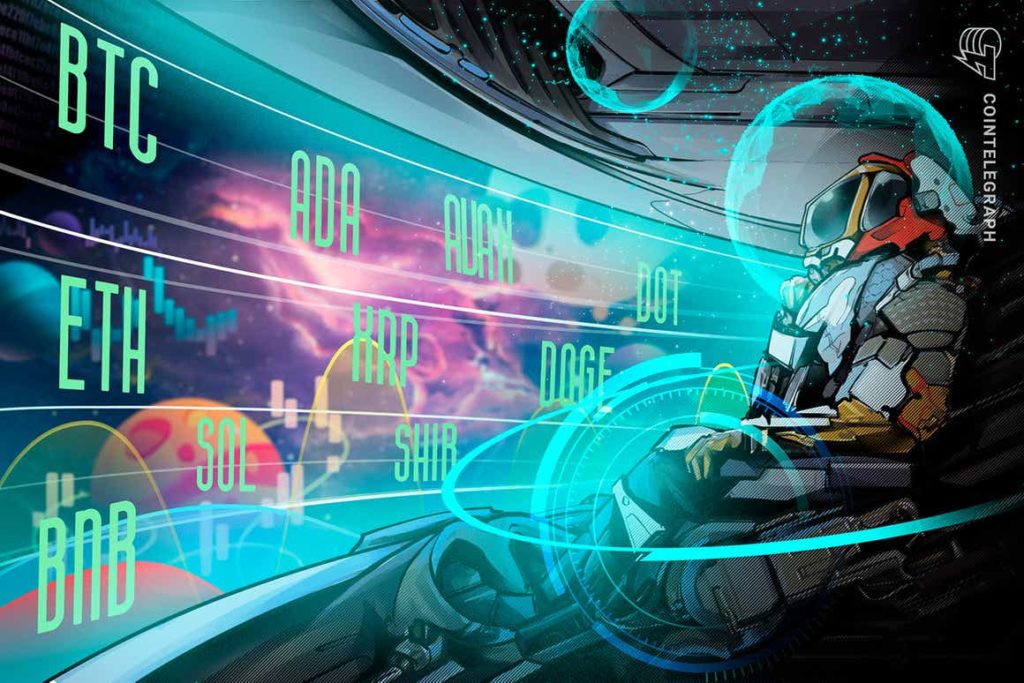 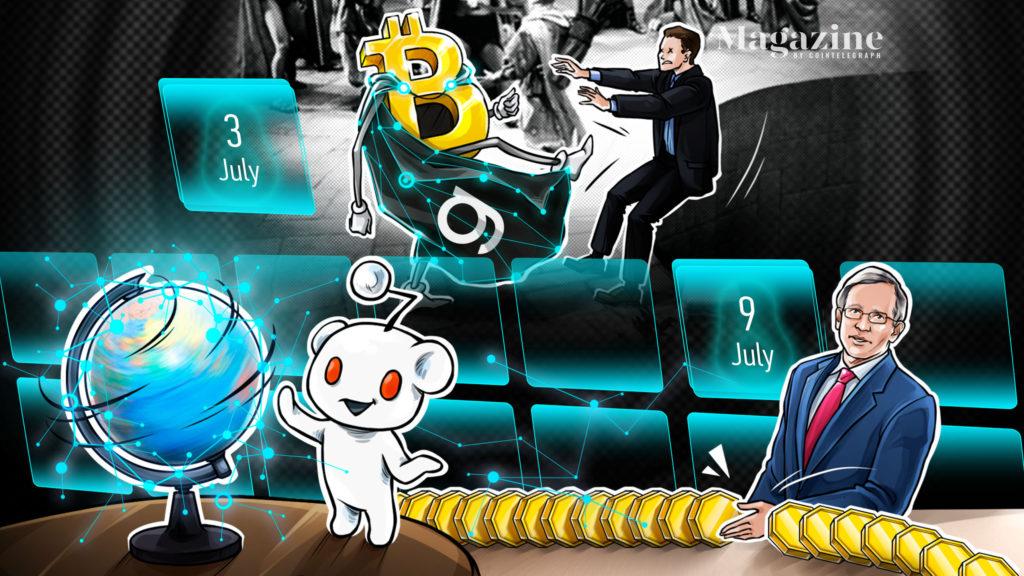