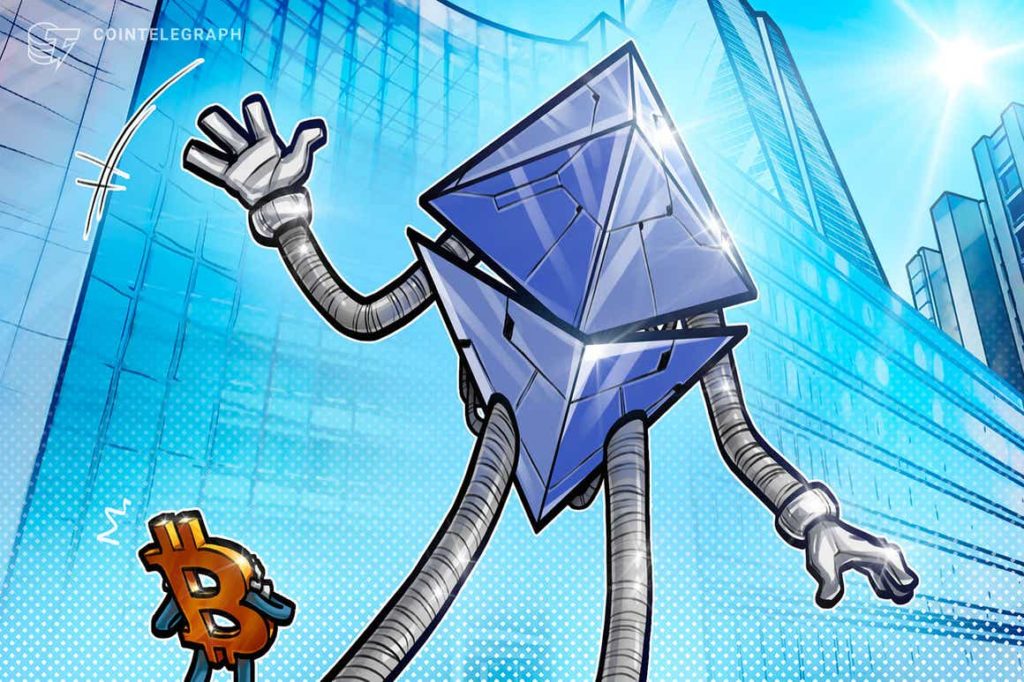 2021 has proven to be a fortuitous year for the world’s second-biggest cryptocurrency Ether (ETH), which has seen a fourfold increase in value over the past 12 months.

In doing so, Ether has outperformed the appreciation of the preeminent Bitcoin and has gained an increased percentage of the overall cryptocurrency market by capitalization. While the wider cryptocurrency markets have enjoyed a year of relative gains, ETH’s increase in value has been in tandem with upgres to Ethereum’s core protocol, laying down the final pillars for its transition to a proof-of-stake consensus protocol in 2022.

Certain Ethereum Improvement Proposals (EIP) have been the center of attention for the wider Ethereum community and have proved to be pivotal for “The Merge” with the proof-of-stake Beacon Chain set to take place in 2022.

The London hard fork was the most anticipated upgre that introduced a handful of EIPs. EIP-1559 proved to be contentious due to the change of fee structures earned by miners and paid by users, and there were both positive and negative aspects brought about by the upgre.

A crucial factor was the built-in ETH burn mechanism introduced that destroys a portion of Ether used to pay a transaction fee. While some miners were unhappy to see a reduction in fees, the upside of the London hard fork was the deflationary action of the ETH burn mechanism. It is believed that this EIP and its deflationary mechanism will help increase the value of ETH in the months and years to come.

The Altair upgre followed London toward the end of the year, serving as the first update to the Beacon Chain since its launch in December 2020. This allowed various teams involved in the ongoing development of the Ethereum ecosystem to carry out a dry run of “The Merge.”

Another driving force in Ether’s strong performance in 2021 has been the burgeoning decentralized finance (DeFi) sector, which has attracted a significant amount of capital. Ethereum’s blockchain runs a number of the largest DeFi platforms and this has h a direct effect on the value of ETH and the increased activity on the blockchain.

Reap what you sow

Ethereum’s popularity as a blockchain platform is a direct result of the smart contract functionality underpinning the ecosystem. Smart contracts allow for a variety of applications to be created and run on the blockchain, allowing users to create their tokens, applications and platforms.

While ETH is the proverbial lifeblood of the Ethereum ecosystem, the projects and applications running on the blockchain are largely responsible for the value being derived. As the saying goes, you reap what you sow, and the ecosystem is reaping the benefits of a blockchain system that has allowed seeds to blossom into valuable and popular DApps and platforms.

“Ethereum carries each of these sectors and the associated capital with outsized market share. Ethereum’s value is established differently based on the activities it powers, while Bitcoin grows steily as it sees option as a base-layer savings technology for a new global economy. Each moves somewhat in unison but they are fundamentally driven by different forces and conditions.”

Mattias Nystrom, community manager at Ethereum layer-two payments platform Golem Network, shared his insights with Cointelegraph. Nystrom highlighted the sum of activity on the Ethereum network as the catalyst for its success this year: “While Bitcoin is primarily built for just payments, Ethereum is unique because of its underlying technology and this is starting to catch on as Web 3.0 begins its journey to mainstream option.”

Mati Greenspan, crypto analyst and founder of Quantum Economics, told Cointelegraph that the performance of Bitcoin (BTC) and Ether are difficult to compare, given their widely differing use cases and ecosystems. Nevertheless, he mitted that the latter has seen a clear uptrend in value over the past 12 months:

“Bitcoin and Ethereum are about as different as any two assets can be, aside from the fact that they’re both digital currencies. They have vastly different functions within their respective networks and each has unique buy and sell pressures.”

As Cointelegraph explored in November, Ethereum is on the final ro to its move away from the energy-demanding proof-of-work (PoW) consensys algorithm to the proof-of-stake (PoS) Ethereum 2.0 chain.

The Beacon Chain went live in December 2020, initiating the creation of the PoS Eth2 chain, which now has over 8,600,000 ETH staked and a little under 270,000 validators online. These validators will essentially take over the work of current-day miners in Eth2, processing transactions and maintaining the operation of the blockchain. Becoming a full node validator requires a user to stake 32 ETH, while smaller amounts can be staked in pools.

One of the most anticipated Ethereum Improvement Proposals went live midway through 2021. EIP-155 was the subject of much debate, given the changes it introduced to the fee structures earned by miners and paid by users.

A sore point was the built-in ETH burn mechanism that destroys a portion of Ether used to pay a transaction fee. Miners weren’t impressed, given that fees form a part of their incentive to maintain the network.

The upside of the London hard fork was the deflationary effect introduced by the ETH burn mechanism. As a result, every transaction sees a percentage of ETH destroyed, leing to more ETH being grually removed from the ecosystem, a process that is envisaged to increase the scarcity and value of ETH as an asset.

Caselin believes that the implementation of the London upgre has played its part in attracting positive sentiment from investors, but also highlights some key distinguishing factors between Ethereum and Bitcoin:

“The London Upgre reiterated that the Ethereum project is well and alive and continues to be under construction — this is attractive to investors and speculators. It is better than some projects that have ranked high in the charts, but have little to show for in activity and providing actual services. The burn mechanism speaks to a narrative around inflation and borrows from the logic Bitcoin relies on.”

Greenspan meanwhile was more objective in his analysis, suggesting that the average Ethereum user would have h little or no inkling of the effect of recent EIPs that have formed part of the looming merge between the current Ethereum blockchain and the Beacon Chain which is touted to happen in 2022: “Even though it’s possible the upgre has h some impacts on the inner tokenomics, I don’t think it has affected sentiment very much.”

Nystrom believes that the technical improvements me to the Ethereum ecosystem on its way to the Merge and the variety of applications running on its blockchain have proven its versatility, which was echoed in the value increase of ETH throughout the year:

“ETH is built uniquely different from BTC and has shown much more technical progress in 2021. The crypto community knows for a fact that Ethereum is a more versatile asset with an entire ecosystem behind it and more room to scale and create ambitious, valuable projects over a longer period of time.”

December has been tough on global markets, which reacted sharply to the discovery of the latest COVID-19 variant identified by South African researchers. Tritional markets shuddered and this reverberated into the cryptocurrencies markets.

BTC, ETH and a swathe of major cryptocurrencies suffered losses as this sentiment spilled over into the crypto markets and there was more b news as inflation has been on the increase in the United States. Caselin offered a measured outlook, highlighting characteristic market reactions to major news and economic events and how this might benefit BTC more than ETH in the medium term:

“Markets have always moved to the tune of news stories and events of economic significance, but longer trends are mostly driven by the fundamentals. […] We may not be in a bear market just yet, but there is every reason to believe that the growth we have seen over the past two years marks only the beginning. Long-term holders are still buying.”

Greenspan highlighted events in the United States as a sign of the times and the reason for the recent market downturn, while mitting that the midterm for the cryptocurrency markets isn’t clear cut at this point:

“While the Fed was printing money, social media was buzzing ‘brrrrr’ memes, now that liquidity is drying up, there’s a lot less noise from the peanut gallery. Possibly by the end of the year, we’ll get to see how deep this pullback actually goes. Or not.” 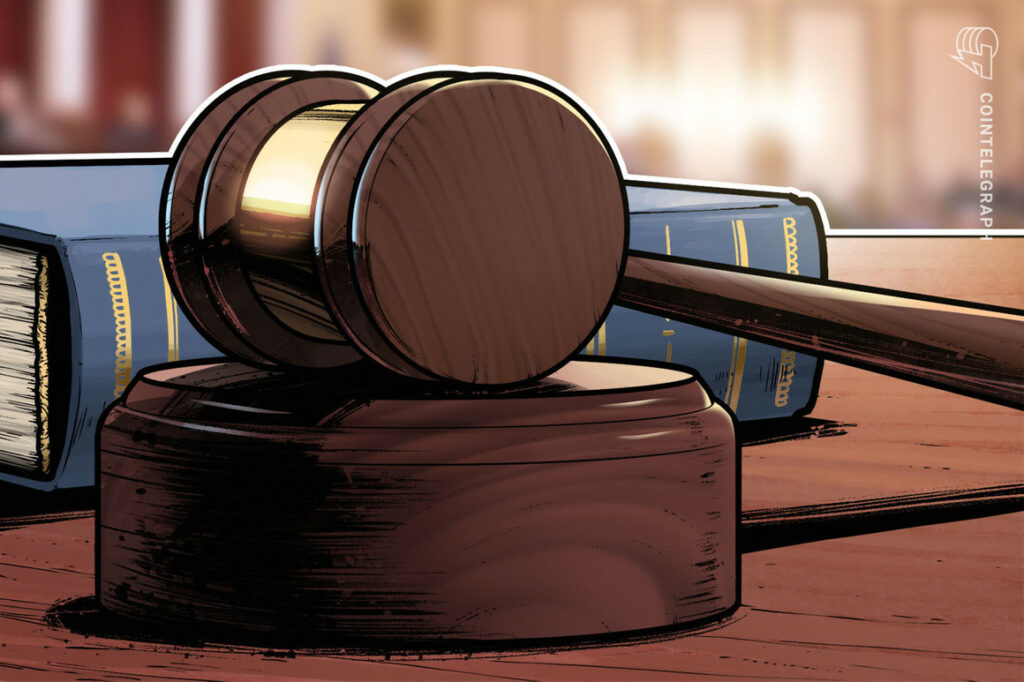 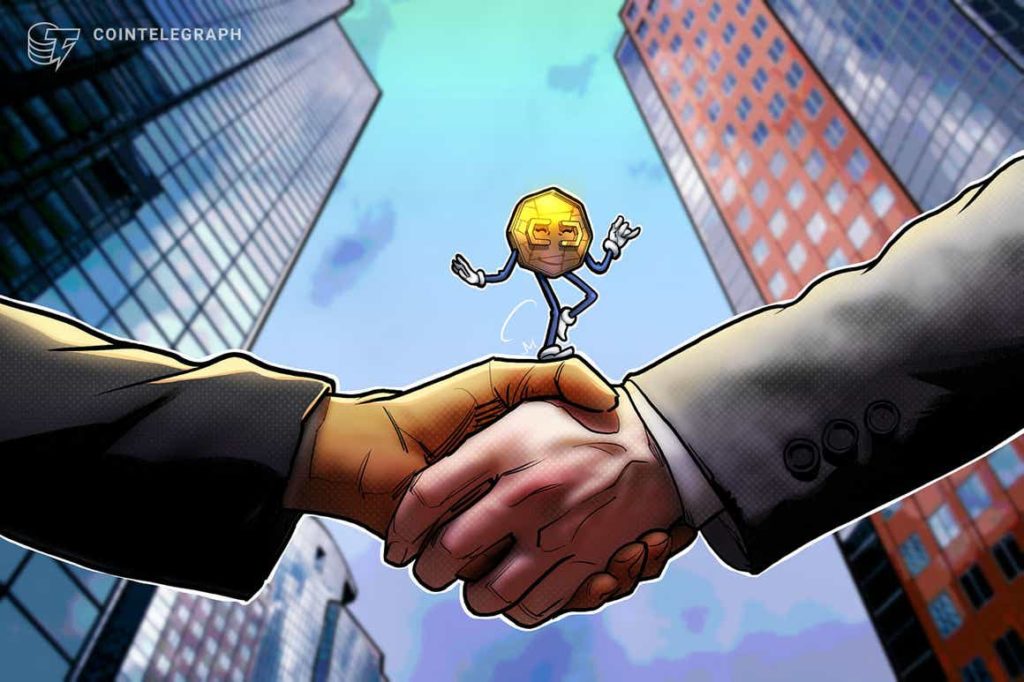 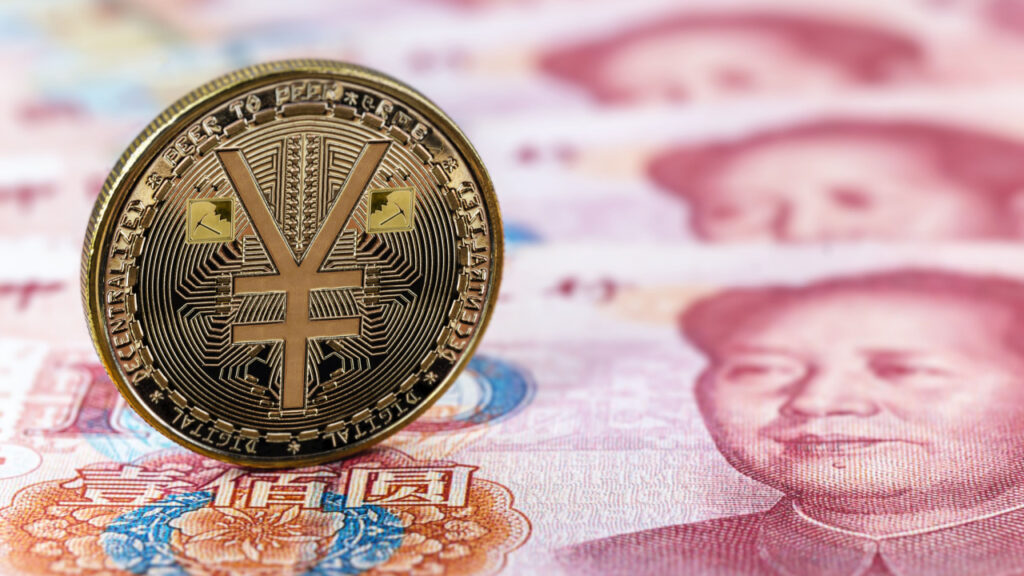