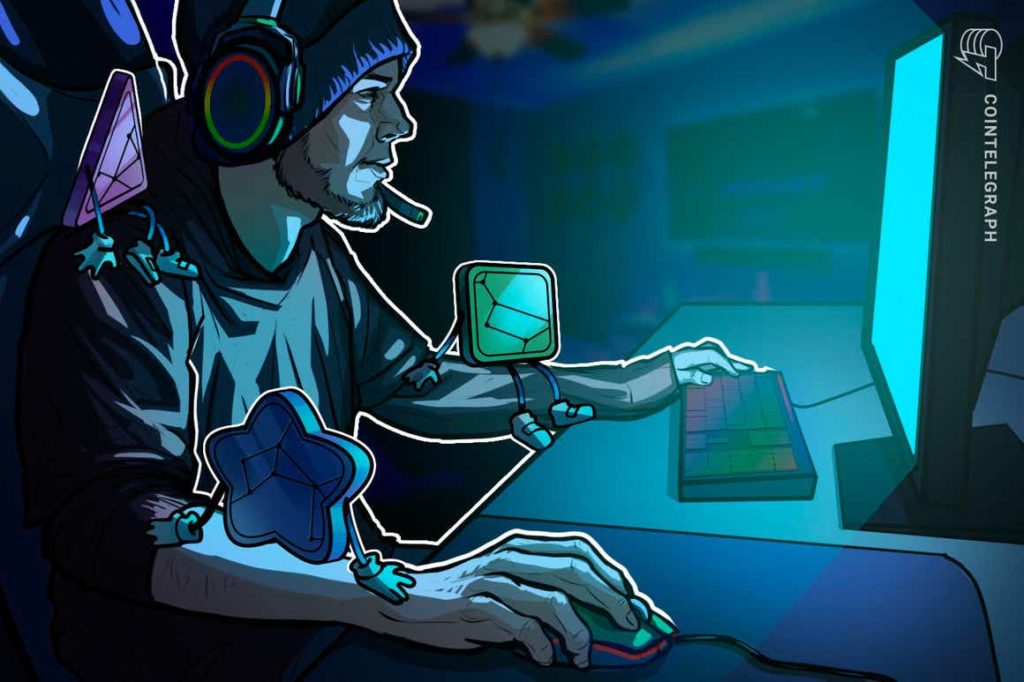 5 NFT-based blockchain games that could soar in 2022

After the popularity of DeFi, came the rise of nonfungible tokens (NFTs) and to the surprise of many, NFTs took the spotlight and remain front and center with the highest volume in sales, occuring at the start of January 2022.

While 2021 became the year of NFTs, GameFi applications did surpass DeFi in terms of user popularity. According to data from DappRar, Bloomberg gathered:

“Nearly 50% of active cryptocurrency wallets connected to decentralized applications in November were for playing games. The percentage of wallets linked to decentralized finance, or DeFi, dapps fell to 45% during the same period, after months of being the leing dapp use case.”

Blockchain, play-to-earn game Axie infinity, skyrocketed and kicked off a gaming craze that is expected to continue all throughout 2022. Crypto pundits and gaming vocates have high expectations for p2e blockchain-based games and there’s bound to be a few sleeping giants that will dominate the sector.

Let’s take a look at five blockchain games that could make waves in 2022.

As shown in the game, investors have a portion of their LP share within a plot filled with blooming plants. By attaching the concept of growth to DeFi protocols within a play-and-earn model, DeFi Kingdoms puts a twist on “playing” a game.

JEWEL is a utility token which allows users to purchase NFTs in-game buffs to increase base-level stat, and it is used for liquidity mining that grants users the opportunity to make more JEWEL through staking.

JEWEL is also a governance token that gives holders a vote in the growth and evolution of the project. In the past four months the token price surged from $1.23 to an all time high of $22.52. At the time of writing JEWEL is down by nearly 16%, tring at $19.51.

Surging approximately 1,487% from its humble start of $1.23 four months ago, back in September, JEWEL token price has increased roughly 165% this last month alone, according to data from CoinGecko.

Guild of Guardians is one of the more anticipated blockchain games in 2022 and it is built on ImmutableX, the first layer-2 solution built on Ethereum that focuses on NFTs. Aiming to provide more access, it will operate as a free to play, mobile RPG game modeling the play-and-earn mechanics.

Similar to blockchain games like Axie Infinity, Guild of Guardians in-game assets can be exchanged. The project seems to be of interest to many gamers and investors with both its NFT founder sale and token launch generating nearly $10 million in volume.

Launching its in-game token in October of 2021, the Guild of Guardians (GOG) tokens are ERC-20 tokens known as ‘gems’ inside the game. Gems are what power key features in the game such as mint in-game NFTs, interact with the marketplace and are available to earn while playing.

For the last month, the Guild of Guardians token has performed strongly, reaching an all-time of $2.81. Despite the token being down nearly 50% from it’s all-time high, at the time of writing, some members of the community are looking forward to the possibility of staking and liquidity pools, which are features that tend to help stabilize token prices.

Imagine taking a proof-of-picture (pfp) NFT and making it into an avatar to battle other fighters in a galaxy far away? Galaxy Fight Club (GFC) is a blockchain game that switched its gear from a 10,000 avatar collection to the first cross-brand and cross-platform PvP fighting game where players can fight with their collection of avatars.

Focusing on interoperability, GFC uniquely places high value on its original fighters, but allows other avatars to battle for the opportunity to earn rewards.

The game is expected to launch on the Polygon network and it will feature different themes from various partnering collections such as Animetas and CyberKongz, integrating its cross–platform aim. GFC plays on the nostalgia of SuperSmash Bros., except one is battling for loot keys to open loot boxes rather than simply wiping out their opponent.

GFC is currently in beta testing, and is facing minor setbacks, including a delayed IDO. To date, it’s not clear when public access will be me available, but many are hopeful for a Q1 2022 rollout.

Each Galaxy Fighter generates anywhere between 5 to 15 GCOIN daily, and each fighter began generating GCOIN in October of 2021. If a fighter is sold, the new owner will inherit the GCOIN presently accrued. GCOIN is likely to be valuable in the ecosystem because it is needed to power players in game moves, the forging of weapons, opening loot boxes and training and selling second generation fighters.

Despite its minor setbacks, an IDO for GCOIN is scheduled on PolkaStarter for January 6and is set to release 4 million tokens for sale at $0.50 each and a max allocation of $500 per wallet. Sly, the project’s KYC and whitelist requirements have left many residents sitting out.

According to Ado, a team le for the project, “The first $1.5M was purchased and sold out in roughly 15 minutes, at which point the remaining $500K reserved only for the Battle Pass holders took another hour to be filled,” indicating a successful IDO. Approximately 2,600 unique wallets are holding GFC fighters, with the top wallet holding nearly 2% of the entire collection.

CryptoBeasts is a pixelated digital art game that elicits the retro feel of the original Zelda game. Built on the Ethereum blockchain CryptoBeasts is a ‘peer-to-peer electronic rare egg system,’ (first for everything, right?) These 10,000 pixelated colorful eggs grant each owner one land parcel in the game’s “Eggland” universe and one DAO vote.

The DAO operates on a hierarchy where the number of eggs a player owns determines their status and as strange as it sounds, each decision appears to be calculated in CryptoBeasts. Numbers are worth noting as they can determine one’s status, and prime numbered eggs tout benefits like yielding more of its native CBX token and they also hatch rare beasts with increased strength.

According to data from Dune Analytics, the highest-selling rare egg went for 5 Ether, valued at $9,085 at the time of sale. On December 31, 2021 an announcement about in-game tokenomics resulted in an uptick in sales and the current entry point at 0.05 Ether is notably higher than the 0.01 ETH mint price in June 2021.

While Cryptobeasts claims it’s more than “play to earn,” but rather “fun-to-play” it is still a blockchain game whose competitive edge is also dependent on its tokenomics. The native token, CBX, is the in-game token that is scheduled to be airdropped to all rare-egg holders.

CBX tokens can allegedly be used and earned in a variety of ways such as beast battling, land parcels generating daily CBX, completing certain in-game tasks and farming and harvesting resources.

CBX can also be staked, incentivizing HODLing a little longer than intended. The token is expected to power in-game utilities and functionalities like purchasing items within the in-game economy to breeding. Similar to Axie Infinity, but not by happenstance, CryptoBeasts intends to integrate an acemy and scholarship to provide the opportunity for bigger investors to loan out their assets.

Axie Infinity continues to solidify its place at the top of DappRar NFT rankings, according to its data. As the top tred collection, Axie Infinity comes on top of NBA TopShot, Splinterlands, and WAX blockchain’s, “Farmer’s World,” closing out $563.6 million in the past 30 days.

Axies are the NFT used for gameplay and can be bred using SLP, the in-game utility token, and AXS, which is the governance token. AXS can be staked, and with over $1.68 billion staked, users are continuing to reap a substantial APY despite yield being reduced from over 200% at the start to roughly 86%.

The recent launch of the Katana DEX gives players the opportunity to provide liquidity using SLP or AXS to farm RON.

RON is the ecosystem token and, similar to MATIC, it will be used as the gas fees on Axie Infinity’s Ronin sidechain. Axie Infinity, in many ways, is its own digital nation with a real economy.

Like any first market mover, it faces challenges and its recent price correction could be an attractive entry point for investors who were previously priced out. With land yet to be released, users may have the opportunity to craft and harvest resources that will generate other tokens.

To date, one of the largest digital land sales in the NFT / Metaverse sector came from an Axie Infinity one of 75 genesis land plots that sold for $2.3 million.

Adapting to the rapidly growing blockchain games ecosystem, the Sky Mavis team has announced that it has rewritten the core engine from its 2D art style to 3D. The team also announced that ‘Project K’— codename for a piece of a game and Lunacia’s kingdom— will be released in phases and each focuses on different elements of the game from resource gathering to “group strategic gameplay.”

As the concept of blockchain games gains broer option, and “play to earn” and “play and earn” models continue to develop, 2022 will be an exciting year for gamers, creators, and investors alike. 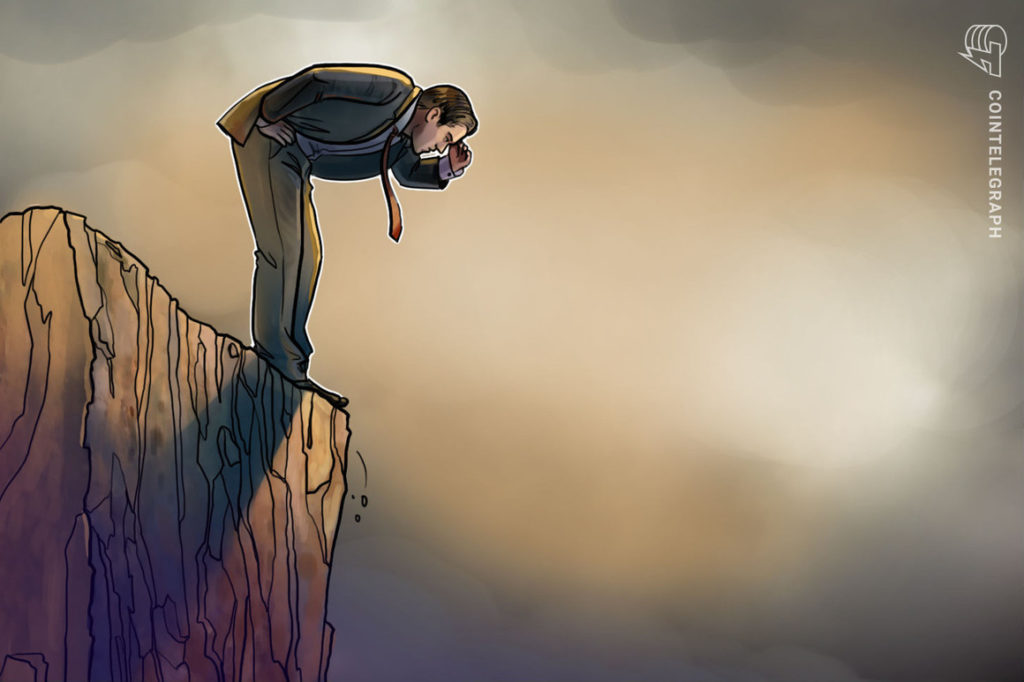 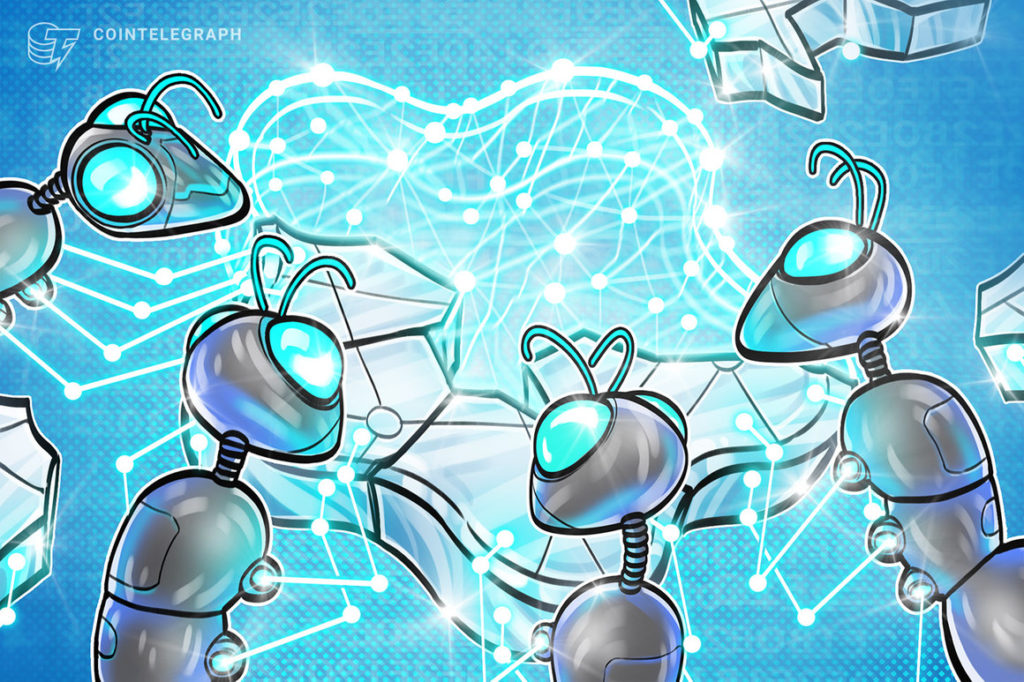 A slice of the punk: CryptoPunk NFT to be split into 56,000 pieces 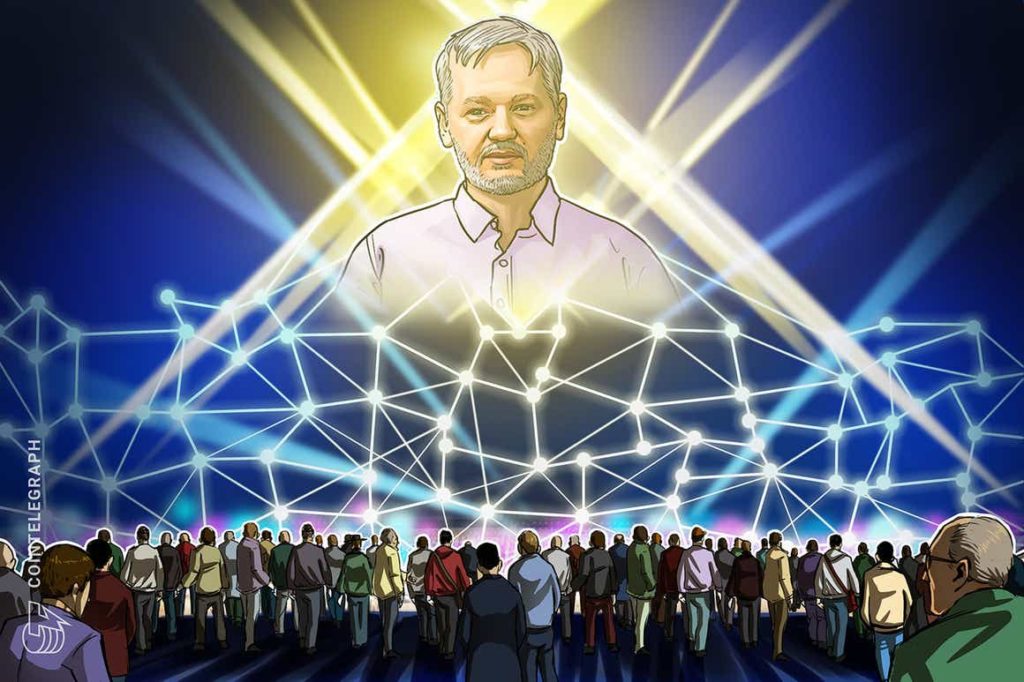 $53 million raised for Assange showed the power of DAOs